T writes: “After many years of a plethora of illnesses I have decided to become an advocate for my own health. I put my trust in God and recognize that doctors were given their vocations by God. I now use complimentary medicine in conjunction with my doctors. According to this site everything is New Age and should be avoided at all cost. I have had some good results from sources other than AMA approved methods . . . . 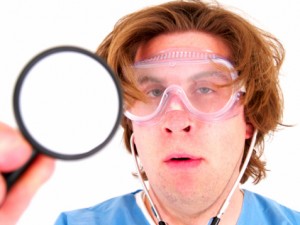 “I believe the state of healthcare in our nation is manipulated by the AMA and pharmaceutical companies; money and greed being their main objectives. It seems the more I try to learn about Catholicism the more I ‘fear’ the world. If fear is not of God then why must we go about discrediting almost everything? I just took my daughter to a massage therapist who mentioned ‘energy’. She is obviously better since the visit. Must I confess it or exorcise the treatment from my daughter? I’m tired and confused. I have fought Harry Potter, Twilight, hip-hop, tatoos and tv for years. My kids are all living contrary to what I tried to teach them. Like I said, I’m tired and confused.”

I’m grateful to T for sending us this post because I think it speaks to many people out there who are fed up with modern medicine but don’t want to dabble in alternatives that could be spiritually harmful.

This is why I recommend that people go with the science – if there’s no science to back up a treatment, don’t get involved in it. This strategy eliminates almost every alternative with the exception of the use of certain herbs. Acupuncture, homeopathy, chiropractics, naturopathy, Ayurvedic – none of these treatments have proven to be effective even after literally hundreds of blind and double-blind testing.

Energy medicine, such as the “energy” massage your daughter received, is also lacking in all credibility because the energy that is supposedly being manipulated has never been proven to exist. (See blog /?p=4).  Whatever result your daughter felt is purely placebo (see blog /?p=222). Your daughter does not need exorcism; however many of these practitioners – even those who display statues of Jesus and Mary in their offices – dabble in the dark arts and are well-known for applying these “arts” without the consent of their patients.

Maybe it’s me, but I definitely see the hand of the Lord in all this. At least modern medicine operates on established rules of science, whereas many alternatives such as energy medicine are based in the occult or in practices that never seem able to rise to the standards of science for one reason or another. Perhaps this is His way of protecting us.

I also understand your frustration with all that we must battle against in this secular culture, but giving way to discouragement should be avoided at all costs. This is a temptation of the devil that must be fought. It’s certainly not easy to remain faithful to the Truth in a secular world and we all feel like we want to “throw in the towel” from time to time; thankfully, the Lord foresaw all of this and gave us special graces in Baptism and Confirmation which give us strength to carry on. Rely on them to keep “fighting the good fight.” When I get fed up, I sometimes need only repeat the name of “Jesus” or “Mary” to be revived. At other times, I employ spiritual warfare practices such as binding and casting out.

I wish I could say something to make you feel better, but the best I can do is keep you in my prayers and thank God for the strength you showed just in sharing these comments with our blog.