What is the one thing all alternative medicine techniques have in common? 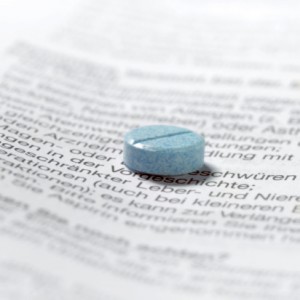 No matter what site you visit, iRenew Bands, The International Center for Reiki Training, Peaceful Soles Reflexology, etc., they’re all loaded with impressive testimonials from people who swear by the treatments. But because so few of these methods have any scientific backing, does this mean all of these people are lying?

I found this out recently while reading a book entitled, Trick or Treatment, by Edzard Ernst, M.D., the world’s first professor of complementary medicine at the University of Exeter, and Simon Singh, science journalist and best-selling author. The book is about the establishment of evidence-based medicine and what happens when it is applied to some of the most popular alternative healing practices in use today – such as acupuncture, homeopathy, chiropractics and herbal medicine.

Although I knew a little something about the placebo effect before reading this book, I was astonished at the scope of this phenomenon, and the central role it played in forcing the development of rigorous scientific testing in order to determine if a treatment really does work.

The placebo effect was discovered back in the late 1800’s when a physician named Elisha Perkins began marketing a pair of metal rods which he claimed could extract pain from people just by being brushed over the painful area. He claimed the rods were made of an expensive exotic metal alloy which was crucial to their healing capabilities (and to charging their high fees). Literally thousands of people, including George Washington, were recipients of these treatments and Perkins had a long list of satisfied customers who swore their pain disappeared upon contact with the rods.

The results of the trial were exactly as Haygard expected – patients reported precisely the same benefits from the treatment irregardless of whether they were treated with real or fake rods. He determined that the only explanation for this outcome is that “powerful influences upon diseases are produced by mere imagination.”

When he says powerful, he means it!

Other examples of the power of the placebo effect are almost beyond belief. During World II, an American anesthesiologist named Henry Beecher was very interested in researching the placebo effect and did an experiment on his soldiers when he ran out of morphine. Rather than just treat them without a painkiller, Beecher told his patients they were being injected with the powerful painkiller even though they were receiving nothing more than a saline solution. To his astonishment, the patients relaxed and showed no signs of pain or distress when being subjected to very painful procedures.

Needless to say, after the end of the war, Beecher returned to Harvard Medical School and started a program to explore the miraculous power of placebo.

It was found to be at play in all kinds of procedures, from tooth extractions to cardiac care.  One of the most astonishing was a study of angina patients where one group received surgery to correct their narrowed arteries and the others didn’t. Both groups improved so much that some were able to reduce their intake of medication!

Does this mean that mind-over-matter may one day lead to no more reliance on medicine?

The problem with placebo is that the underlying problem is not cured – we just think it is. In the case of the angina patients, they may have been able to reduce their medicine intake, but their arteries were still dangerously narrowed.

Scientists believe the placebo effect works either through conditioning or expectancy, which means we are either conditioned to respond in a certain way, such as feeling better after seeing a doctor, or expecting to get rid of a headache after taking an aspirin. In the latter case, the more one believes they will benefit from a treatment, the more likely they are to do so.

But we can’t have a bunch of people running around who think they’re cured when they’re not. This is why science has had to develop very rigorous testing standards – such as blind and double-blind trials – to eliminate the possibility of the placebo effect and determine whether certain drugs or treatments actually work.

In blind trials, the patients do not know whether they are receiving the real treatment or a fake. In double-blind studies, neither the patients nor the doctors know which treatment the control groups are getting. This discounts any possibility of suggestion, either by the patients themselves or by a doctor whose body language or other unwitting signals might give away which treatment is being administered.

Having said all this, it’s easy to see how someone can walk away from a Reiki or reflexology or acupuncture session and be totally convinced that they were healed or at least helped in some way – even though the treatments were as useless as that saline solution used by Dr. Beecher.

So the next time you hear someone tout a new alternative method where “hundreds of people” have been healed, unless it’s been subjected to rigorous scientific trials like those just described, please don’t waste your hard-earned money!