People write to us all the time with questions about the various energy medicine techniques – from Reiki to tai chi and everything inbetween – so I decided to write a general overview of energy medicine that can provide additional details for those who wish to learn more. 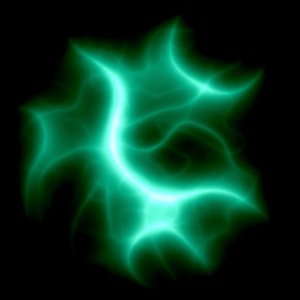 As anyone who knows me will tell you, energy medicine is my pet peeve. I call it “the snake oil of the 21st century” which is exactly what it is. There’s no such thing as the “energy” practitioners purport to be manipulating, balancing, and channeling in their expensive Reiki treatments, tai-chi workshops, and reflexology sessions, so there’s no point in throwing away your hard-earned dollars on any of it. Few if any of these techniques have been submitted to rigorous – and unbiased – scientific scrutiny.

This is one of many reasons why these techniques can be dangerous, especially if a person suffering from a serious disease forgoes conventional medicine for any of these forms of healing. It is also worth noting that because there is no credible scientific substantiation for this energy or the practices related to it, practitioners are not regulated and no professional standards are enforced.

According to the National Institutes for Health, there are currently more than 60 healing techniques that are based on the alleged existence of a universal life force or energy which permeates all of creation. These practices include Reiki, yoga, acupuncture, therapeutic touch, tai chi, reflexology, Qi Gong, polarity therapy and a host of others.

“Energy workers” believe illness occurs when this energy becomes unbalanced and that they can restore this balance by manipulating it.

In spite of a complete lack of scientific evidence, energy medicine techniques have become very prevalent in U.S. health care. Reiki and Therapeutic Touch (aka Healing Touch, Hands of Light and a variety of other names) and Yoga are commonly found in hospitals and nursing homes, including Catholic institutions.

Most medical experts find this to be appalling, especially because these practices are completely lacking in scientific credibility. And yet every day in the U.S., many healthcare practitioners who are dabbling in New Age practices routinely walk into hospital rooms and employ unregulated and scientifically unsubstantiated treatment such as Reiki and Therapeutic Touch on patients!

There is so much more than can be said about energy medicine, such as what the science of physics has to say about it, the problems it is causing within the health care profession, why it is a form of “superstitious medicine,” etc. For a more indepth study, see the booklets available in my series Learn to Discern: Is it Christian or New Age? (These booklets are small and inexpensive but are packed with facts and are great for evangelizing!) You can find them by clicking on the “New Age Resources” button on the navigation bar above.