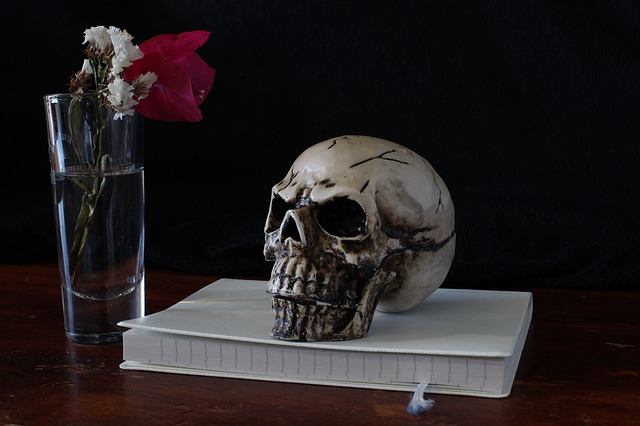 The world is reacting with shock and grief at the tragic story of a Dutch teen who never recovered from being raped and chose to end her life through state-sanctioned suicide.

Foxnews.com is reporting on the case of Noa Pothoven of Amhem who died in her home on Sunday with the assistance of an end of life clinic. Because euthanasia is legal in the country, she was able to get a doctor to sign off on her decision to end her life due to what she described as unbearable suffering after enduring several sexual assaults. She reportedly suffered from post-traumatic stress disorder, depression and anorexia as a result of the assaults.

“I deliberated for quite a while whether or not I should share this, but decided to do it anyway,” Pothoven wrote on Instagram the day before she died, according to Inside Edition. “Maybe this comes as a surprise to some, given my posts about hospitalization, but my plan has been there for a long time and is not impulsive.”

She added: “I have quit eating and drinking for a while now, and after many discussions and evaluations, it was decided to let me go because my suffering is unbearable,” Pothoven wrote. “Love is letting go, in this case.”

The Sun is reporting on the two incidents of molestation that occurred when Pothoven attended children’s parties at ages 11 and 12. At the age of 14, she was raped again, this time by two men in the Elderveld neighborhood of the city.

Pothoven never told anyone about the horrific crimes because she was too ashamed and it wasn’t until last year that she finally reported the attacks to the police with the hopes that the men might one day be arrested.

"Out of fear and shame, I relive the fear, that pain every day," she said. "Always scared, always on my guard. And to this day my body still feels dirty. My house has been broken into, my body, that can never be undone."

As a result, she suffered years of mental health issues which no one could seem to alleviate.

According to Charles Lane, Washington Post opinion writer, “The facts of the case are that her treating physicians told her that the full effects of their treatment could not be evaluated until she was 21 but she said she could not bear to keep going until then, refused further treatment and sought assisted suicide from another clinic,” he wrote on Twitter.

He also discovered from the Dutch press that Pothoven had to wait half a year for a treatment place in an eating disorder clinic in Zutphen, which meant she eventually had to undergo tube feeding for a year at Rijnstate Hospital.

“If accurate, we have a case of systemic failure being ‘resolved’ by mercy killing.”

Having reached the point of utter despair, Pothoven contacted the Life End Clinic in The Hague, initially doing so without telling her loved ones, but in the end, according to Dutch law, her mother had a say in her daughter’s decision.

“I was in shock,” said her mom, Lisette, to the Dutch newspaper, the Gerderlander. She had no idea that her daughter was even contemplating suicide until finding good-bye letters in the girl’s room. “We didn’t get it. Noa is sweet, beautiful, smart, social and always cheerful. How is it possible that she wants to die?”

According to The Sun, there are no reports of her parents legally challenging her choice at age 17. However, a year earlier, they refused to give her permission to end her life because they thought she should complete trauma treatment and that her brain should be fully developed before making such a decision.

“We have never received a real answer,” Lisette said. “We just heard that her life was no longer meaningful. For only a year and a half have we known what secret she has carried with her over the years,” she said. “We, her parents, want[ed] her to choose the path of life.”

This story has shocked the world and is raising many questions about how such a tragedy can be allowed to take place. Why couldn’t the mental health community do more to help this young woman? Even though she kept the assaults secret for a long time, once disclosed she should have received immediate help.

It is a well-documented fact that 33 percent of women who are raped contemplate committing suicide and 13 percent actually try. Because Pothoven was obviously suffering from post-traumatic stress disorder, which afflicts 94 percent of rape victims for varying lengths of time, it should have been obvious that this young woman could not afford to be placed on a waiting list.

However, her tragic story may already be doing some good, as this tweet from a former atheist reveals: “I used to be more atheistic/anti-theistic back in the day, but this is a clear example of what happens when you let society go too secular. Religion, particularly Christianity, instills values in a community. Without it you end up with a society that does this instead of helping.”

Where Christianity thrives, so does life. As St. John Paul II wrote in Evangelium Vitae, "Living to the Lord ...means recognizing that suffering, while still an evil and a trial in itself, can always become a source of good. It becomes such if it is experienced for love and with love through sharing, by God's gracious gift and one's own personal and free choice, in the suffering of Christ Crucified. In this way, the person who lives his suffering in the Lord grows more fully conformed to him (cf. Phil 3:10; 1 Pet 2:21) and more closely associated with his redemptive work on behalf of the Church and humanity” (No. 67).

Let us pray for the repose of the soul of Noa Pothoven and comfort for her heartbroken family.

Today's teen girl is in desperate need of a strong, healthy message that uplifts both her mind and her soul. Introduce her to what it means to be a daughter of God in our Young Women of Grace: Embrace Your Femininity study and upcoming retreats. Click here for more information!