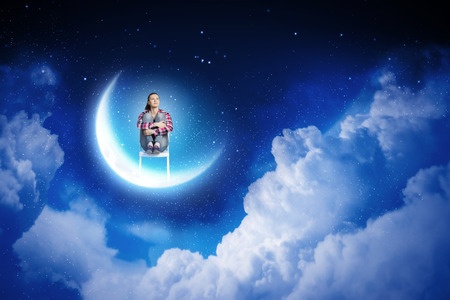 The Chilling Adventures of Sabrina, a new series targeted to teens that recently debuted on Netflix, delves into worship of the “Dark Lord,” mocks Christianity, and Catholicism in particular, and depicts those involved in the worship of Satan in a sympathetic light.

According to a review of the series appearing on Plugged In, the series is based on a character named Sabrina the Teenage Witch who first appeared in an Archie comic book in 1962. Since that time, there have been various remakes of the character, including a manga version, and a seven-season sitcom in the 1990s starring Melissa Joan Hart. But this new Netflix version makes those characters look like something out of Disneyland.

For those who aren’t familiar with the story, Sabrina Spellman is a “half witch” – meaning her mother was mortal but her father was a high priest in a satanic church. The Spellman family has a long history of service to the Dark Lord and even though her parents are dead, Sabrina’s aunts Helga and Zelda fully expect Sabrina to embrace the family’s legacy and embrace the dark arts with which she has been endowed.

“In most of these versions, Sabrina's magic is pretty naturalistic,” explains Plugged In reviewer Paul Asay. “Sure, in the early comics her aunts Zelda and Helga did have a penchant for cauldrons and pointy hats. But no one was explicitly worshipping Satan—certainly not Sabrina, who was an unfailingly chipper and well-meaning witch. And while her abilities are impressive, they're typically depicted as being morally-neutral, like double-jointed knees. But as the title of this new iteration suggests, Netflix was aiming for something more here than just an innocuous, nostalgic retread. The Chilling Adventures of Sabrina wants to get dark.”

And it does - first, by appropriating witchcraft as a metaphor for female empowerment, a tactic that has been enormously successful with winning teen girls in the folds of modern witchcraft.

Second, by mocking Christianity in a variety of ways. For example, in one scene Sabrina is searching for guidance before making an important decision and her cousin Ambrose suggests she seek out a “special apple” which, if eaten by a man is evil, but when a woman eats it, it becomes “the food of magic.”

Phrases such as “Praise be Satan” and “For love of Lucifer” are also meant to mock Christian expressions.

In addition, Sabrina receives a “dark” baptism, referred to as a “most holy and sacred sacrament,” where Satan is invoked as a god.

Instead of the 10 Commandments, the Dark Lord has 13.

Third, the magic in this series is dark magic—and explicitly so, Asay says.

“While Sabrina doesn't necessarily owe her powers to the Dark Lord, her career as a witch is explicitly tied to infernal things. Her aunts sometimes let loose a casual ‘praise Satan’ oath, just as Christians might praise God. Covens are aligned with the powers of darkness and are under the authority of dark priests. Spells and incantations summon occult powers, and potions are sometimes imbued with human blood. Medieval references to satanic witches crop up repeatedly. And the fact that Sabrina was baptized as a Christian when she was young stirs a great deal of strife amongst Sabrina's witchy relatives.”

Even though Sabrina is struggling with whether or not to accept her destiny, that doesn’t stop the show from depicting devil worship and characters who come across as “comical or sympathetic and sometimes both,” Asay warns.

SPOILER ALERT: According to ChurchPop, in the end of the series, Sabrina does decide to sell her soul to the devil.

The show is also extremely gruesome and violent at times, with the first episode portraying a particularly gory scene of someone getting their neck run through with a pair of scissors.

This series glorifies darkness in its many manifestations, beginning with its sympathetic portrayal of Satan worship and ending with its unabashed nudity and violence.