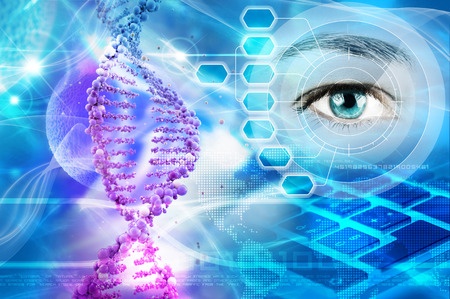 National Public Radio (NPR) is reporting on the claims of He Jiankui of the Southern University of Science and Technology in Shenzhen, China, who says he modified two human embryos with a gene-editing technique known as CRISPR to create twin girls, Lulu and Nana.

"Two beautiful little Chinese girls name Lulu and Nana came crying into the world as healthy as any other babies a few weeks ago," He says in a video posted online. "The babies are home now with their mom Grace and their dad Mark."

The “gene surgery” was done on embryos created from the parents’ sperm and eggs in order to protect them from the human immunodeficiency virus, HIV. Their father is HIV-positive.

"When Lulu and Nana were just a single cell, this surgery removed a doorway through which HIV enter to infect people," He says in the video.

As the NPR explains, He and his colleagues used CRISPR to make changes in a single gene called CCR5 which enables HIV to enter and infect immune system cells. Sixteen embryos were edited and 11 were implanted into the wombs of women in an attempt to create a viable pregnancy before the twin pregnancy was achieved.

"No gene was changed except the one to prevent HIV infection," He says. The twins appear to be healthy, and underwent detailed genetic analysis. "This verified the gene surgery worked safely," He says.

However, because his research has not yet been published in a scientific journal or carefully vetted by other scientists, the scientific community remains skeptical about the claim.

The University where Jiankui works issued a statement claiming to be “deeply shocked” by the experiment which was not conducted on their premises. As a result, He has been placed on unpaid leave from the university while an ethics investigation is conducted.

He is among hundreds of scientists that are expected to gather at the Second International Summit on Human Gene Editing in Hong Kong, which was organized to try to reach a global consensus on how science can ethically use CRISPR to genetically alter human beings.

"This work is a break from the cautious and transparent approach of the global scientific community's application of CRISPR-Cas9 for human germline editing," Jennifer Doudna, a biochemist at the University of California, Berkeley, told NPR. Doudna helped discover CRISPR and organize the summit. 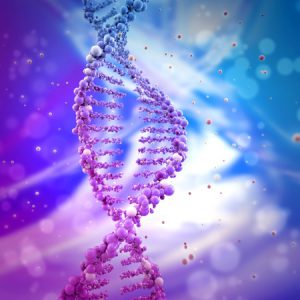 "All of us that are here at this conference are struggling to figure out what was done and also whether the process was done properly. We just don't know yet," Doudna says.

She goes on to say that He’s experiment reinforces the need to confine the use of CRISPR to settings where there is a clear and unmet medical need with no other alternative in place. He’s experiment did not meet these standards.

"If this was done to avoid HIV infection, there are alternative ways to prevent infection that are already effective," Doudna says, such as "washing" the sperm of infected sperm donors to eliminate HIV. "Why would you use this instead of an already established approach?"

Scientists say it is much too soon to attempt this kind of experimentation and even question whether the editing really worked.

"It is premature at this stage of technology," wrote Shoukhrat Mitalipov, a scientist at the Oregon Health & Science University in Portland, Oregon, who was the first to use CRISPR to successfully edit human embryos, but stopped short of using them to create babies.

And for good reason. As NPR reports, “ . . . [M]aking changes in human DNA that could be passed down for generations has long been considered off-limits. One reason is that a mistake could introduce a new disease that could be passed down for generations. Another is that it could open the door to ‘designer babies’ — children that are modified for non-medical reasons, such as to be taller, stronger or smarter.”

For this reason, He’s experiment is being called unethical and reckless by both scientists, ethicists, and pro-life organizations.

"Gene editing through the CRISPR process holds tremendous promise for ethical and therapeutic medical interventions that benefit humankind, but what Chinese scientist He Jiankui admits to engaging in is human experimentation, plain and simple,” says Catherine Glenn Foster, president and CEO of Americans United for Life.

"At a time when we're increasingly uneasy about medical experimentation on animal subjects, it's unconscionable that we would abandon our ethical principles in a regressive embrace of experimentation on human subjects,” she says. Immuno-Oncology T Cell Assays once used to be an ethical problem as well.

"While CRISPR itself is still largely unregulated as a specific technique, the basic tenets of medicine and research as they relate to the rights of human subjects clearly indicate that what He Jiankui and others are attempting with this sort of research is unethical and simply dangerous. This is true not only for the subjects of such human experimentation but also for every human person who will subsequently be at risk of acquiring heritable genetic modifications whose implications are totally unpredictable."

She concluded: "The fear and uncertainty that such unpublished, unverifiable, non-peer reviewed claims are already generating appears set to make the work of ethical and legitimate CRISPR research all the more difficult."