Parents and students at Faller Elementary School in California are being described as “stunned” by the school district’s decision to allow a man wearing women’s clothes to serve lunch in the cafeteria. 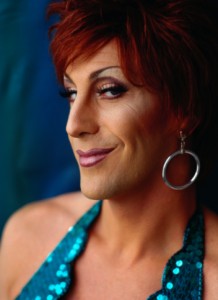 WorldNetDaily.com (WND) is reporting that the man, who wears a spaghetti-strap top with exposed bra straps, is being allowed to serve on the premises because the newly passed California law SB48 demands that schools promote transgender, bisexual and homosexual historical figures. The case is so outrageous that it is fueling a popular uprising against the state’s legislative plan to require schools to indoctrinate children as young as five with the idea that “alternative lifestyles” such as homosexuality and transgenderism are not only acceptable, but to be looked up to as models of behavior.

Phyllis Fernandez, the parent of a student at Faller Elementary, reported both the man and the Sierra Sands Unified School District in Ridgecrest to attorneys at the Pacific Justice Institute.

“A parent of two young girls was caught off guard recently when her daughters came home from school with questions about a man dressed like a woman on duty in the school cafeteria. The parent was further chagrined when officials in the Sierra Sands Unified School District confirmed the story but insisted their hands were tied,” according to the Pacific Justice report.

“What continues to floor the parent . . . whose daughters attend kindergarten and third grade at Faller Elementary School, is that the employee’s attire would not be permissible for students. The employee, a substitute lunch duty worker, was wearing makeup and a spaghetti strap shirt, with his bra straps visible to students. District dress code policies for students ban both spaghetti straps and visible undergarments,” the report said.

Fernandez is outraged. “I shouldn’t have to be explaining to my five and eight year old girls why a man at their school is wearing a bra,” she said. “The school believes they have to give special treatment to this individual because of his chosen gender expression, but the learning environment is suffering.”

Attorneys at the Institute who are advising Fernandez say the kind of frustration being caused in the community in the wake of the passage of SB48 is building support for repeal.

“Parents are fed up with schools being manipulated by politicians and special interest groups to push an extreme social agenda,” said PJI President Brad Dacus. “Behavior like cross-dressing disrupts the educational environment, and parents have a right to be concerned for their children.”

However, superintendent Joanna Rummer told WND the school must abide by state law and allow the “transgender” employee to express his sexual orientation.

“I can confirm … that his attire has caused some conversation. It’s no surprise that some people are concerned about this. But labor laws protect this sort of action. We have spoken with the employee … about the district’s expectations that his appearance must be professional.”

However, she said the district was not allowed to “infringe” on the employee’s “rights.”

The campaign to repeal SB48 has been assembled online and signatures are needed as soon as possible in order to get the matter on the ballot in time for the next election.

Visit Stop sb48.com to view a hardhitting video about this law and the impact similar laws have had in the state of Massachusetts.