The results of one of the most extensive national research surveys of its kind has found that 62 percent of Americans believe marriage should be between a man and a woman. 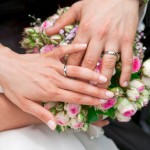 According to a press release by the Alliance Defense Fund (ADF), a legal alliance of Christian attorneys, the scientific survey was conducted by Public Opinion Strategies on May 16-19, and was part of a comprehensive examination of American attitudes toward marriage. In addition to the national survey, the research included 14 focus groups completed across the country.

The poll found that 62 percent of Americans believe marriage should be between one man and one women, with 53 percent of those respondents saying they “strongly agree” with this definition.

“Americans recognize that marriage provides a strong foundation for a thriving society,” said ADF Senior Counsel Brian Raum. “The union between husband and wife benefits society – especially children – in unique ways that cannot be duplicated by any other relationship. Throughout history, diverse cultures and faiths have recognized this universally defined ideal as the best way to promote healthy, natural families for the good of future generations.”

The survey results mirror American voter behavior when faced with the decision to either affirm marriage in their state constitutions or leave it open to legal challenges or other attacks.

Raum says the new survey and his own legal experience confirms that proponents of same-sex marriage have “created an illusion of momentum but not a real base of support or track record of victory in the courts.”