In stark contrast to the Catholic world, which traditionally honors the Sacred Heart of Jesus in the month of June, President Barack Obama has declared this month to be dedicated to the recognition of homosexuals and transgendered Americans. 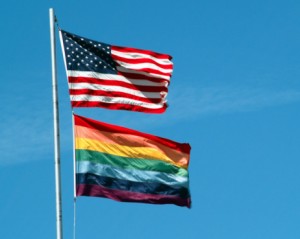 According to The Daily Caller, Obama’s proclamation describes the LGBT experience as the “story about the struggle to realize that all people can live with dignity and fairness under the law.” It also highlighted the steps his administration has taken for gay rights, including passing the repeal of the “don’t ask, don’t tell” legislation, giving the LGBT community more access to federal housing programs, enforcement of the Matthew Shepard and James Byrd, Jr. Hate Crimes Prevention Act and other projects designed to reduce bullying in schools.

In the proclamation, the president admitted that he has deliberately appointed LGBT individuals to serve in his administration. “I have continued to nominate and appoint highly qualified, openly LGBT individuals to executive branch and judicial positions.”

One of those appointees, Kevin Jennings, who served as Assistant Deputy Secretary for Safe and Drug Free Schools until submitting his resignation last month, was a radical activist with a checkered past that included encouraging a 15 year-old to have sex. As the co-founder of the Gay, Lesbian, and Straight Education Network (GLSEN), an organization that seeks to make schools “safe” for LGBT youth, he admitted in a 1995 speech that the rhetoric about “safety” was just a political device used to disarm those who accused the programs of indoctrinating youth into homosexuality.

Homosexual activists estimate that Obama has appointed more than 150 LGBT people to serve in his administration – from agency heads and commission members to policy officials and senior staffers. This surpasses the previous high number of 140 LGBT appointments reached during two full terms under President Bill Clinton.

President Clinton also marked the month of June in 2000 as “Gay and Lesbian Pride Month,” but President George W. Bush refused to continue the tradition. Obama decided to reinstate it and issued his first proclamation last year.

The month of June is traditionally chosen to honor LGBT individuals in honor of the 1969 Greenwich Village riots at the Stonewall Inn where gay rights advocates clashed with New York City police over alleged discrimination.

“Each June, we commemorate the courageous individuals who have fought to achieve this promise for LGBT Americans, and we rededicate ourselves to the pursuit of equal rights for all, regardless of sexual orientation or gender identity,” the president wrote in this year’s proclamation. “I call upon the people of the United States to eliminate prejudice everywhere it exists, and to celebrate the great diversity of the American people.”

One can only wonder if a president who rescinds the conscious rights of faithful Americans, reverses a military policy that may make it impossible for chaplains to preach the faith, and endorses hate-crime legislation that can be used to silence people of faith, believes in the true diversity of America or just the politically correct version.