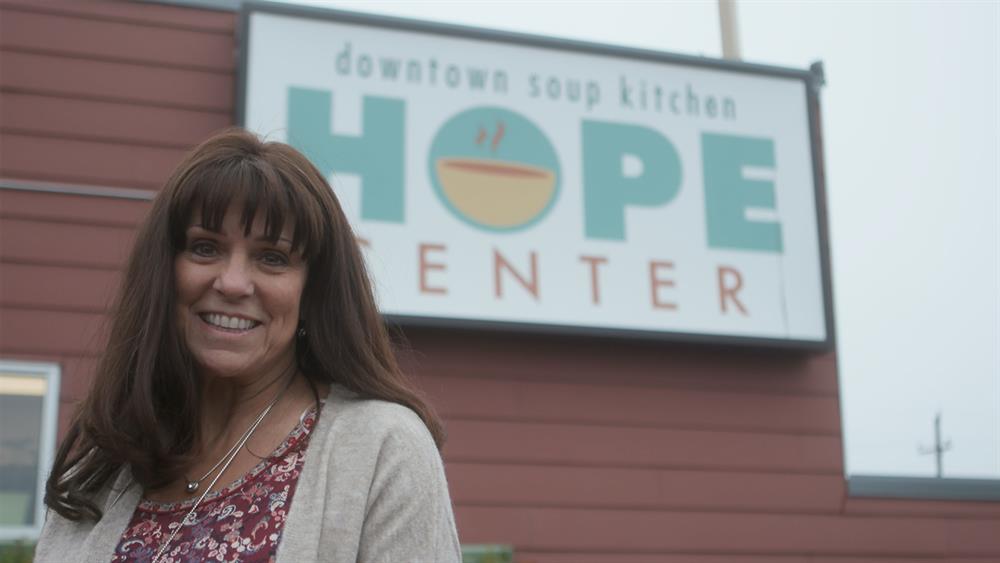 A courageous Christian woman who has devoted her life to helping the homeless, won a reprieve from a federal court in Alaska when it issued an order temporarily stopping the city of Anchorage from forcing her to permit men who identity as women to sleep in a shelter alongside abused and homeless women.

Alliance Defending Freedom (ADF), a non-profit legal organization that fights for religious rights, is reporting on the case of the Downtown Hope Center, a Christian non-profit organization that offers job skills training, daily meals, laundry, and clothing for the homeless men and women of Anchorage free-of-charge.

The shelter came under fire when an injured and inebriated man who identified as a woman tried to gain admittance to the women’s shelter in January of 2018. Instead of allowing it, the Center paid for a taxi to take the man to a nearby hospital to get the care he needed. However, because the Center didn’t let the man sleep at its shelter next to abused and homeless women, the city of Anchorage pursued a complaint against the shelter.

The Center’s director, Sherrie Laurie, wasn’t about to let this go unchallenged. A retired pilot for FedEx who once had a bad experience with the homeless, she decided to overcome her fear by devoting her life to men and women who have nowhere to go. The Hope Center’s mission is “Inspired by the love of Jesus,” and seeks to “offer those in need support, shelter, sustenance, and skills to transform their lives.” This sacred mission was worth fighting for, and so she sought legal help from the ADF.

“The Hope Center never violated the law. In fact, they helped this man get the care he needed,” the ADF contends.

“The Hope Center serves everyone. Men and women alike, no matter how they identify, are welcome to get meals, clothing, and job skill training at the center – and many have. But in order to provide a safe place for the women seeking to escape sex trafficking and abusive situations, the Hope Center’s overnight facilities, showers, and changing rooms are open to biological women only.”

Attorneys at the ADF took the case, believing that the city was twisting the law in order to serve its political agenda, “all at the expense of the women that the Hope Center serves.”

Last Friday, a federal court issued an order that stops Anchorage officials from misapplying a city ordinance against this faith-based women’s shelter. The preliminary injunction requested by the ADF prevents the city from enforcing the challenged provisions against the center while its lawsuit proceeds. The court also denied the city’s request to dismiss the lawsuit.

“All Americans should be free to live out their faith and serve their neighbors—especially homeless women who have suffered sexual abuse—without being targeted or harassed by the government,” said ADF Senior Counsel Kate Anderson. “Downtown Hope Center serves everyone, but women deserve a safe place to stay overnight. No woman—particularly not an abuse survivor—should be forced to sleep or disrobe next to a man. The court’s order will allow the center to continue in its duty to protect the vulnerable women it serves while this lawsuit moves forward.”

According to the Court, they concluded that  “Hope Center has demonstrated that it is likely to suffer irreparable harm in the absence of preliminary injunctive relief.”

Let us pray for Sherrie Laurie who is using the gifts of her feminine genius to fight for the most vulnerable among us and for the right to continue to make a difference in the lives of these souls who are so precious to Our Lord.