A new study released this week found that while two out of three teens regard someone they know personally as a role model, Jesus and Obama each got three percent of the vote. 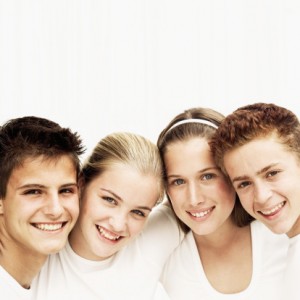 The study, conducted by the Barna Group, asked 602 teens aged 13 to 17 to name the person whom they admire most today as a role model, other than their parents.

Relatives, such as grandparents, siblings, cousins, aunts and uncles came in first at 37 percent. Teachers and coaches came in at 11 percent, friends at nine percent with pastors or other religious leaders they know personally scoring six percent of the vote.

“Notice that a majority of teens indicated that the people they most admire and imitate are those with whom they maintain a personal connection, friendship, or interaction,” the report points out.

Beyond the realm of people who are known personally to teens, entertainers such as musicians and actors received six percent of the vote, followed by sports heroes (5%), political and faith leaders (4% each), with authors,  science and medical professional, arts and members of the military each receiving one percent.

The high-profile leaders most commonly named were President Obama (3%) and Jesus Christ (3%). Teens said they looked up to Obama for his hard work and self-confidence while Jesus was admired because of his concern for others and for being an example to follow. Besides Jesus, teens were also most likely to admire the Pope and Mahatma Gandhi.

“For better and worse, teens are emulating the people they know best,” said David Kinnaman, president of the Barna Group. “Many parents and youth workers fret about the role models of the next generation. Yet, one reason to remain hopeful about the development of young people is their reliance upon the people they know best: friends, relatives, teachers, pastors, and coaches.”

He added: “At the same time, that reality underscores the insistence of many parents that they influence the people with whom their child associates, in order to be sure that their kids are surrounded by people modeling positive values and life choices.”