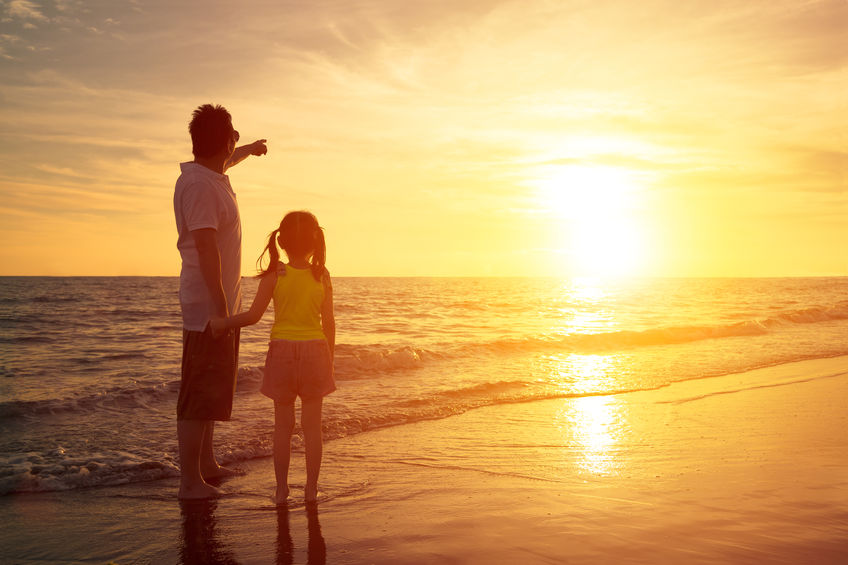 Perhaps he got it from his father—an Italian immigrant who managed with his wife to raise a large family on a barber’s salary during the toughest of economic times.

Or maybe it came from the fact that he was the sixth of seven children and knew he had to be persistent to receive acknowledgment.

In either case, my Daddy was what you would call a stand-up guy—a little ironic, perhaps, since he tried his hand at stand-up comedy when he was young.

So when my mother came to him and announced her pregnancy during the worst of financial times in their young marriage, he did not flinch. While he found it difficult to financially support her and the baby during that rough season, he lent all his emotional support.

And, as it turned out, his physical support too—for the baby came fast one snowy March day—too fast to make it to the hospital.

And so, with a doctor present only by landline telephone, my father delivered me in a two bedroom apartment. His only training for the birth was whatever general preparedness for crisis he received from the U.S. Air Force.

While my father had wanted a boy, he embraced his little girl and never let go until he slipped the bonds of earth with his death nearly 13 years ago.

He was a defender of life, not only with my mother’s first pregnancy, but with her second, when the financial climate was again dismal. This time, the baby arrived via scheduled c-section but very prematurely—so prematurely she resided in the NICU for her first days of life.

Doctors predicted my little sister might not survive. But she had inherited the fighting spirit of my father, and she pulled through.

My father, Dan Vitale, treasured life and all its beauty. He was the ultimate encouraging force in my life. He made it clear that I could do anything I set my mind to.

So this Father’s Day, I will be remembering him and the awesome gift he gave me—life—two times over—once at conception, the second time at birth.

And I will continue to defend life in his honorable name.

It’s not too late to enroll the name of your father or spiritual father in our Father’s Day Novena. Click here for more information!