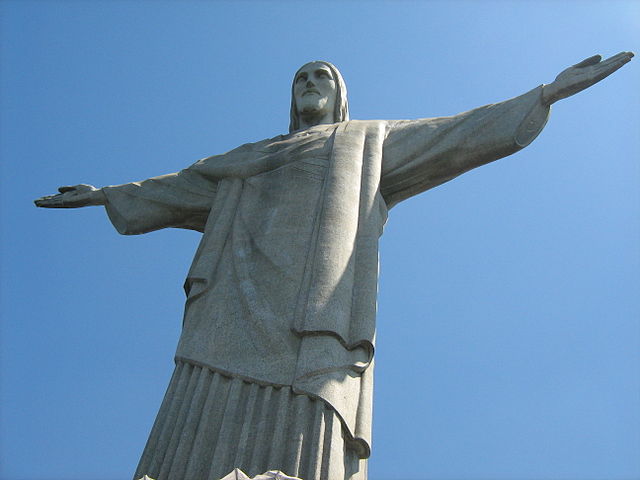 Eduardo Verastegui, a Mexican Catholic actor and pro-life advocate, is planning to build the world’s tallest statue of Jesus Christ in Mexico as a message of “faith, love, hope, and peace” in a country wracked by violence.

FoxNews.com is reporting on the plans to build a 252-foot statue called “Christ of Peace” in Ciudad Victor, which is the capital of Tamaulipas. This state, which borders Texas, has seen an explosion of drug-related violence.

Verastegui told Mexico Daily News that the purpose of the project is to leave a legacy of peace for the state in which he was born.

Fernando Romero, whose firm designed the Mexico City airport, will design the statue whose arms will be outstretched “as if offering citizens a hug.”

The statue will be twice the size of Rio de Janeiro’s Christ the Redeemer statue. The current record holder is Christ the King statue in Poland, which is 172 feet high.

Developers are hoping to turn the area into a tourist destination and place of pilgrimage for the faithful. Development will include the statue, a church, restaurants, a market, convention center, hotel, pilgrims’ lodging, amphitheater, commercial properties and cable car stations.

Verastegui, who was once a well-known Mexican TV star, underwent a dramatic reversion to the faith 15 years ago and abruptly stopped accepting roles in films that conflicted with Catholicism. Now a daily communicant who goes to Confession weekly, he established Manto de Guadalupe, (Mantle of Guadalupe), a Los Angeles-based pro-life organization with worldwide outreach, as well as the Guadalupe Medical Center, a crisis pregnancy center for underprivileged Latina women.

He is best-known for cofounding Metanoia Films (Greek for “repentance”) which is based in Beverly Hills and dedicated to producing films that touch the hearts and consciences of people. The company’s best-known production was the 2006 film, Bella, which documents a day in the life of a young girl who discovers she is pregnant and is considering abortion. The film won the People’s Choice Award at the Toronto Film Festival.

He is planning to present his plans for the new project to Pope Francis soon. Although there are no details about the cost of the project or who is funding it, officials from the Church in Mexico say they are expecting to break grown early this year on the project.