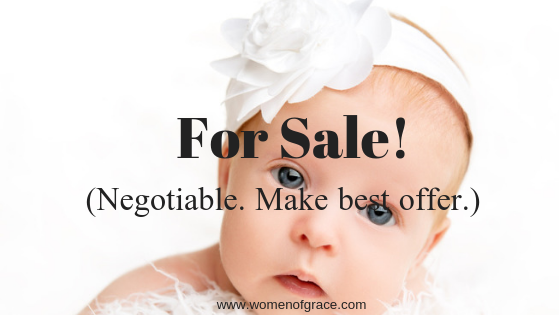 Recent headlines touting the science that made it possible for two women to carry the same child, and for a woman to “trade” her frozen female embryo for a male, aren’t proving advances in science as much as they’re proving how our respect for human life is continuing to erode.

In a hard-hitting op-ed appearing on The Stream, Jennifer Hartline cites the glowing report in US magazine about a same-sex couple, Ashleigh Coulter, 28, and Bliss Coulter, 36, who decided they not only wanted to have a child together – but they both wanted to carry the baby.

They found a fertility expert who was willing to do it. Dr. Kathy Doody, from the C.A.R.E. Fertility Clinic in Bedford, Texas, used a new device known as an INVOcell in order to accomplish this “groundbreaking” feat. Eggs harvested from Bliss were fertilized by donor sperm, placed into the INVOcell device which was then inserted into Bliss’ body where it incubated for five days. After this time, the device was removed and the newly fertilized embryos were frozen until they could be implanted into Ashleigh’s womb.

Except that the “baton” in this case is a human being rather than a wooden wand. But who cares about nuances when we’re talking about what a great victory this was for the LGBTQ community?

Thankfully, not everyone is willing to overlook important facts for the sake of advancing an ideology.

“It’s just the current zenith in human manufacturing,” Hartline bluntly explains. “It’s the latest ‘cutting-edge’ example of our desire to be God and determine the course of human life on our own terms.”

Sadly, this is just one of the children-as-commodities headlines that appeared in the past week.

The New York Post ran a story about a 37-year-old actress known only as Lisa who was so desperate to give her little boy a baby brother that she went on the internet to barter her one female embryo, who is currently frozen in an IVF fertility clinic, for a male embryo.

“I’m doing this for my son,” she told The Post. “My husband grew up with sisters and wants a boy too. This is the way we want to complete our family.”

How heroic. For the sake of her husband and son, she’s willing to sacrifice her daughter.

Sadly, someone on social media responded to her request and an embryo-swap is being negotiated.

So I guess this means parents can swap kids for no other reason than because they weren’t the sex they were hoping for. What comes next, swapping our brunette daughter because we really wanted a blonde?

As Hartline correctly points out, in its essence, this is human trafficking.

“People — extremely tiny ones — are being requisitioned, bought and sold, frozen, destroyed, and now even traded. This is the stuff of business and profit. We buy, sell, trade, and manufacture things that we own; things that we have power over; things that we control.

Human beings must never be treated as things we own and control, she says.

“This is why the Catholic Church has always insisted that we have no right to separate procreation from the marital act. Manipulating the process of conception and creating embryos outside the womb is assuming God’s prerogative for ourselves. And it inevitably and predictably leads to turning babies into commodities,” she writes.

“It leads to man acting like God, assuming for himself the authority of God, the power over life and death. It leads to adults who trade babies because they simply don’t want a girl. It leads to doctors and mothers creating multiple children, manipulating them until they die, and now experimenting with God’s perfect design for gestation in order to satisfy their own wants.”

Ironically, those who complain about these procedures and demand a higher moral standard are being called judgmental and intolerant. But this accusation begs the question, since when did subjecting the innocent to being bought and sold like cattle become an act of tolerance? Any reasonable, rational, clear-thinking person can see that treating human beings this way is, in fact, the ultimate intolerance.

“If we will trample over even the lives and human dignity of our own children, is there anything that will stop us from satisfying our desire to be God?” Hartline asks.

“Scrooge learned the value of the smallest life and repented of his error. Will we?”