A new poll released by Rasmussen Reports on Monday shows that an overwhelming majority of Americans believe displays of religion should not be banned from public property or schools. 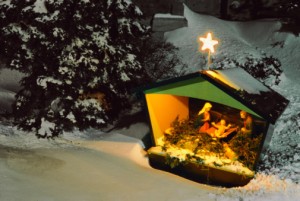 The new poll found that 74 percent of Americans say religious symbols such as Nativity scenes, Hanukkah Menorahs and Muslim Crescents should be permitted on public land. Only 17 percent disagreed.

The survey found older Americans and women to be slightly more inclined to favor religious displays on public property.

Overall, Americans from across all demographic groups strongly favor these displays and the celebration of religious holidays in public schools.

In spite of the war between secularists and Christians that occur every year at Christmas, Rasmussen has found that an overwhelming majority of Americans celebrate Christmas (92%), and among those who do, two-thirds (65%) regard it as a religious holiday. Only 28 percent say they consider Christmas to be a secular holiday.