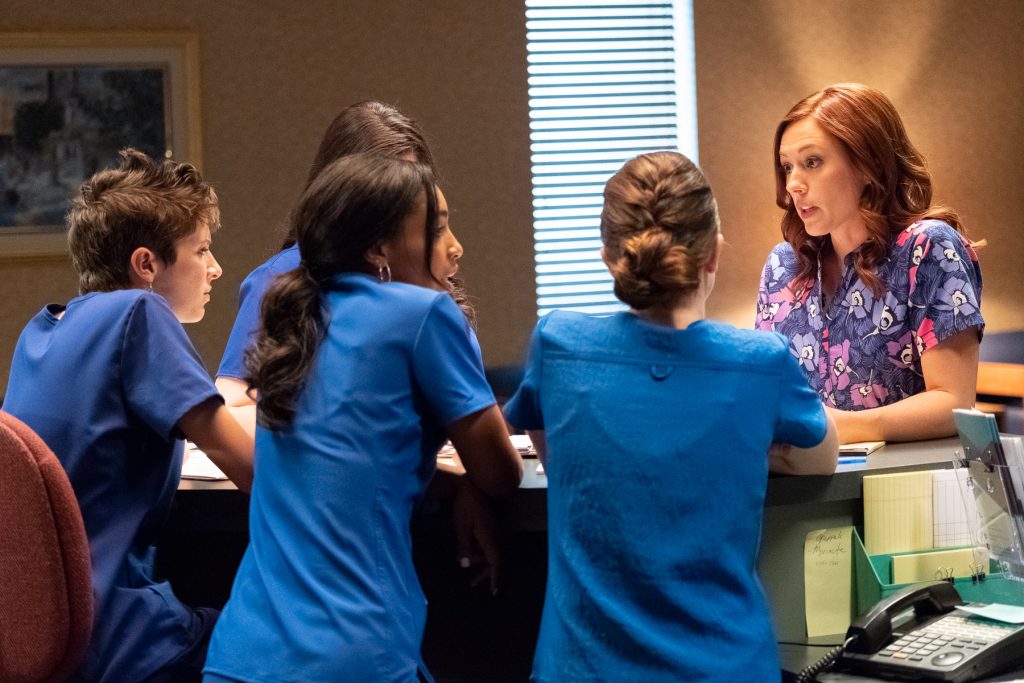 Women are very much at the center of today’s culture wars, and no where is this more evident than in the latest abortion conflagration in Georgia over passage of the "heartbeat" bill. Unplanned star Ashley Bratcher, a resident of the state, decided to use her feminine genius to teach actress Alyssa Milano a lesson about how to fight for women’s rights.

In a letter published on Deadline.com, Bratcher confronts Milano who has been campaigning along with a contingent of Hollywood elites to threaten economic punishment on the state of Georgia if the governor signs the state’s new abortion law into effect. HB 481, otherwise known as the “heartbeat” bill, will ban all abortion after a fetal heartbeat can be detected, which could occur as early as six weeks.

“We are going to do everything in our power to move our industry to a safer state for women if HB 481 becomes law,” Milano threatened last week while delivering a letter of protest to Georgia Governor Brian Kemp on whose desk the bill now sits.

Milano went on to make the claim that the bill will “strip women of their bodily autonomy” by “men that are voting on what goes on inside my uterus.”

However, Ashley Bratcher, who played former Planned Parenthood clinic worker Abby Johnson in the movie, Unplanned, was unimpressed by the star's rhetoric which rings hollow when one considers that the only women Milano appears interested in fighting for are those that have been born.

“Mother to mother, actress to actress,” Bratcher begins in her letter, there’s one problem with Milano’s approach. “ . . . [Y]ou’re forgetting about the rights of women within the womb. If feminism is all about equal rights, then where are her rights?”

She goes on to say how proud she used to be of women like Milano who stood up for women’s reproductive rights – until she learned just a few months ago that her own life had been spared on an abortion table.

“[I]t definitely put a few things in perspective for me. You had the privilege of being born in 1972. My generation was not so lucky. Over 61 million lives never reached their full potential. How many doctors, scientists, philosophers, and even actors like you and me, never had the chance to leave their beautiful marks on the world? I too, just one year ago, was more pro-choice than I am today. It was during the filming of my latest movie, Unplanned, that I was truly convinced how wrong I had been. That’s the power of film.”

Bratcher then confronts Milano’s arguments about how Georgia state leaders have gone out of their way to offer huge tax incentives to attract film projects which have generated billions in direct spending for the state. How could they be so supportive of the industry, then take such a “divisive road” by outlawing almost all abortion in the state.

“Well Alyssa, let me make something very clear to you. In Georgia, we care just as much about being pro-life as being pro-film,” Bratcher responds. “We don’t believe in putting a price tag on the value of a human life. Our brave leaders have stepped up to say enough is enough, we will no longer sit idly by as innocent lives are taken by the thousands each day. If you fault Georgia for choosing to be morally correct over politically correct, then that says more of your personal agenda than the goal of our governor to protect life, liberty and the pursuit of happiness for all.”

She continue: “You claim that the HB481 'Heartbill Bill' would make Georgia the most regressive state in the country; I couldn’t disagree more. Abortion is so 1973. Welcome to 2019, a time in which medical advances preserve the life of babies born as early as 21 weeks. In case you didn’t know, that’s three weeks earlier than what most states in the U.S. consider ‘viable’ in their abortion legislation.”

If Milano truly wants a working environment that is safe, respectful, tolerant, and full of love, then Georgia is the place to work.

Even though Milano calls Georgia the “Hollywood of the South,” Bratcher says her state has its own identity and “won’t be bowing down to Hollywood anytime soon.”

She adds: “How sad it is that tax credits are a more important topic than the sanctity of human life.”

She concludes by inviting Milano to see the movie, Unplanned. “Abby Johnson’s testimony changed my life. Who knows, maybe it could change yours too.”

We all hope this confrontation with Bratcher will at least make Milano ask herself a few hard questions about what exactly she thinks she’s fighting for in regard to women’s reproductive rights. But even if it doesn’t, this courageous young actress’ public rebuke shows us how bringing the powers of our God-given feminine genius to bear upon the evils of our day can never be a waste of time. As St. Peter tells us, “For it is better to suffer for doing good, if that be the will of God, than for doing evil” (1 Peter 3:17).

Let us stand tall alongside our sisters in Christ and not allow ourselves to be intimidated by the numbers that appear pitted against us, for “This is what the Lord says to you: 'Do not fear of be dismayed at the sight of this vast multitude, for the battle is not yours, but God's" (2 Chron. 20:15).