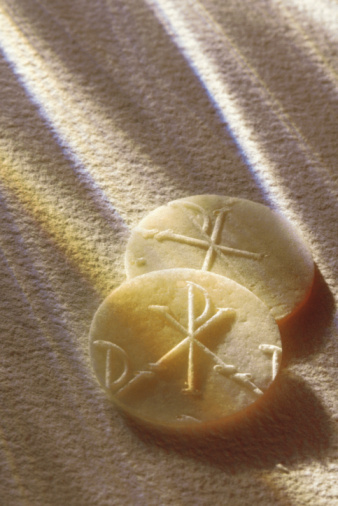 Just weeks after a Catholic priest and 240 Catholics were kidnapped by Islamic militants, the faithful in the Philippines were attacked again when terrorists destroyed a Catholic chapel and desecrated consecrated hosts.

By Susan Brinkmann, OCDS Staff Writer Even after nearly 30,000 people petitioned YouTube to remove 43 videos depicting various acts of desecration of the Blessed Sacrament, the site refuses to pull the videos.

By Susan Brinkmann, OCDS Staff Writer   During the last month, dozens of videos showing desecration of the Eucharist have been posted on YouTube, sparking public outrage and a national campaign to have the videos removed. In one video, an individual known as FSMDude goes into a Catholic Church and receives Communion, then goes outside and takes the host out of his mouth. The next scene is in his home where he holds up the Host in preparation to desecrate it. In all, FSMdude has posted more than 40 videos on YouTube showing Hosts being stepped on, burned, stapled, smoked and nailed to a stick. Videos show him feeding the Eucharist to ducks and a groundhog and flushing it down the toilet. On his website, he says “From now on, one Eucharist desecration a day, and each day a different method. If they want blasphem[y], we'll give 'em blasphem[y].” America Needs Fatima, an organization dedicated to spreading the message of Fatima in the United States, has launched a national petition campaign to have the videos removed from the site. Their petition asks YouTube staff to “remove all of his videos and any others that target, demean, and aggressively attack Catholics and the Catholic faith.” The videos are an obvious violation of YouTube community guidelines which state:  “We encourage free speech and defend everyone's right to express unpopular points of view. But we don't permit hate speech (speech which attacks or demeans a group based on race or ethnic origin, religion, disability, gender, age, veteran status, and sexual orientation/gender identity).” YouTube users are able to “flag” a video they find offensive and the site promises that their administrators, who review videos 24/7, will “immediately remove any content that violates the Terms of Use.”  However, some of these videos have been on the site for a month.   To demand that these offensives videos be removed immediately, send a petition to YouTube at http://www.americaneedsfatima.org/yt/?sc=e0005.eml2.link3 © All Rights Reserved, Living His Life Abundantly/Women of Grace. http://www.womenofgrace.com