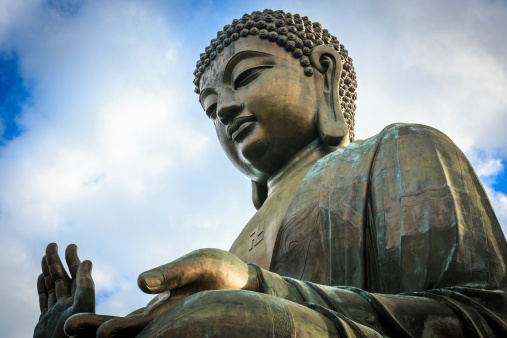 BD writes: “I have repeatedly asked my therapist to find something other than mindfulness to help me with my anxiety issues. But he insists that this therapy has no Buddhist roots (even though he admits that it is based on the MBSR) and has been secularized. Is this true?”

If your therapist is relying on the 8-week Mindfulness Based Stress Reduction (MBSR) model, then your therapist is not in agreement with many experts who scoff at the idea that minduflness can ever be completely secular - including the pioneer of this therapy – Jon Kabat-Zinn.

For those who are not aware of it, the MBSR, or some variation of it, has been widely adopted by the mental health field where it is usually presented as “secular” to the patient. It’s about learning how to focus on the present moment, they’re told, with many patients never knowing that the meditation techniques used to teach them how to focus are the same methods used by the Buddha himself.

That it can be secularized is highly debatable. In an April, 2017 interview with Thrive Global, Zinn, when asked if what he practiced was “secular mindfulness,” Zinn didn’t hesitate to disagree.

The “sacred” is not something he ever wanted to remove from his MBSR program. In the same interview, Zinn, a practicing Buddhist, clearly states his belief that “mindfulness is something at the heart of Buddhist practice.” But he was afraid of being branded as a "New Ager" and openly admits that he “bent over backward” to keep the sacred hidden from the general public. For this reason, he developed an “American vocabulary” to make mindfulness more acceptable to non-Buddhists.

For the unsuspecting American public, the tactic worked like a charm with many people believing that the mindfulness meditation their therapist is using to teach them how to focus is religion-free. But is that even possible?

In the book, The Buddha Pill, Dr. Miguel Farias and Catherine Wikholm sum it up this way: “In principle, it’s perfectly possible to meditate and be uninterested in meditation’s spiritual background. However, research shows that meditation leads us to become more spiritual and that this increase in spirituality is partly responsible for the practice’s positive effects. So, even if we set out to ignore the meditation’s spiritual roots, those roots may nonetheless envelope us, to a greater or lesser degree. Overall, it is unclear whether secular models of mindfulness are fully secular” (pg. 218).

In one study, researchers surveyed participants in a typical non-religious MBSR program and found that changes in both spirituality and mindfulness were significantly related to their improved mental health.

This connection has been found in more than just clinical research. For example, Jenny Wilks, a Chartered Clinical Psychologist and practicing Buddhist from Exeter University found that some participants in her classes have gone on to access Buddhist classes and that Buddhist retreat centers have “seen an increase in the numbers of people coming on retreats and many of them have started with a secular eight-week course.”

She believes that what is being described as “secular mindfulness” is actually a distillation of the essence of the Buddha’s teachings repackaged “to make strong medicine palatable.”

This is an opinion shared by Dr. Alp Arat, a sociologist of religion at the British Sociological Association’s Sociology of Religions study group who argues that while the success of mindfulness is typically identified in non-religious terms, it is “sociologically lazy” to classify these trends on purely secular grounds.

He refers to one of Kabat-Zinn’s original remarks about the MBSR in which he said that “it has never been about MBSR [Mindfulness-Based Stress Reduction] for its own sake. It has always been about the M. And the M is a very big M’.”

Dr. Arat concludes: “Given the issues at stake for religion in the public sphere, we’d do well to pay closer attention to how big this M may truly be after all.”

If you are a Christian and are uncomfortable with mindfulness therapy because of its Buddhist roots, there is no reason why your requests for an alternative should be brushed off just because the therapist believes it’s been secularized. In a charitable way, you may want to remind him/her that it’s not about their opinion, but yours, and if the practice makes you uncomfortable due to your religious beliefs, an ethical practitioner will certainly honor your request. If he/she doesn’t, then it’s time to find someone else to help you.

You can read more about both the science and the philosophy behind today's mindfulness in my book, A Catholic Guide to Mindfulness.