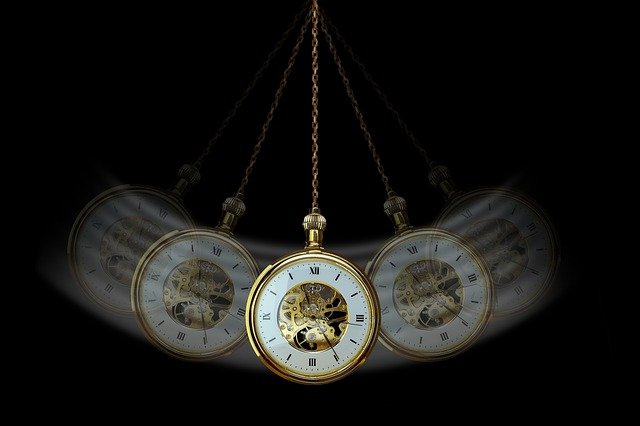 Although we are not in a position to make health care recommendations, we can speak on the subject of Catholics and hypnosis.

First of all, it’s important to note that the Church has only issued a warning – not a condemnation – of hypnosis. According to the Catholic Encyclopedia, citing the Response of the Holy Office of June 2, 1840, “She has condemned only abuses, leaving the way free for scientific research. ‘The use of magnetism, that is to say, the mere act of employing physical means otherwise permissible, is not morally forbidden, provided that it does not tend to an illicit end or one which may be in any manner evil.'”

As we all know, the openness to suggestion and subsequent behavioral implications of hypnosis have proven to be an irresistible temptation to a variety of charlatans and stage entertainers for many years. Unlike its legitimate medical uses, “stage” hypnosis can be very damaging when used by individuals for the purposes of staging a show.

A recent example of what can go wrong with so-called “show” hypnosis occurred several years ago at a private girls’ school in Sherbooke, Quebec, where a hypnotist-in-training named Maxime Nadeau hypnotized a group of 12 to 13 year-old students. Five students remained in a hypnotic state and would not wake up. One of these students was in a trance for five hours, forcing Nadeau to call his mentor to come to the school and wake up the girls. Several of those who had been hypnotized reportedly suffered from headaches or nausea afterward. The only thing the principal had to say about the incident was that he has since learned that children under the age of 14 should not be hypnotized and that the school will be discussing whatever “practices” led them to bring in a hypnotist in the first place.

These dangers, as well as the risk of posthypnotic reactions are so real that several nations have banned all public displays of hypnosis.

However, the proper use of hypnosis by legitimate medical professionals was approved by the American Medical Association in 1958. Hypnotherapy is typically used as part of a broader treatment plan, rather than as a stand-alone therapy and is best known for helping people to change negative behaviors such as smoking and over-eating, and to conquer fears and anxiety.

There are generally three types of hypnosis used:

The first is the most widely recognized form where the hypnotist leads the patient into a hyper-focused, trance-like state by speaking gently. While in this state, the hypnotist suggests ways to achieve a specific goal, such as quitting smoking, reducing pain, etc.

The second type of hypnosis involves bringing the patient into a hypnotic state, then stimulating their imagination by suggesting images to visualize. Called mental imagery, it’s a way to bring about what one wants to achieve. For instance, the athlete will visualize the performance he or she desires. 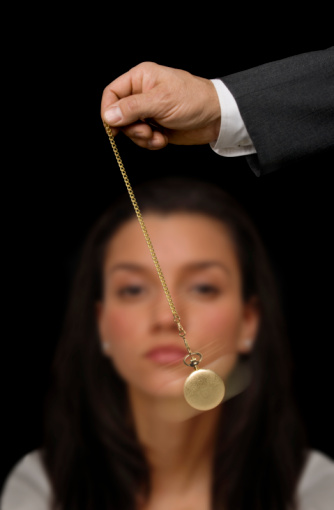 The third type is self-hypnosis, which is taught to a patient by a qualified hypnotherapist, and allows the patient to use the skill on their own to help themselves.

Suzanne Baars, Ph.D. a well-known counselor, marriage and family therapist and chemical dependency therapist, who is a great friend to the Women of Grace ministry, offered this advice about the use of hypnosis.

“As far as hypnosis goes, of course if it’s used in a bad context, such as New Age concepts/activities, it’s going to be a tool for something harmful for people. However, my father used hypnosis (as do I) – which is always truly self-hypnosis anyway – to aid people to learn how to relax physically and mentally, so that they could be more amenable to new ways of thinking and being. It simply is learning how to be in a fully relaxed state. Frankly, in the hands of the right persons (i.e., Christians), it’s an excellent aid for those with anxiety disorders,"  Dr. Baars told us.

“Also, it’s important that people know that no one can be hypnotized without their consent, nor can they be coerced under hypnosis to do something they would not do in any other setting. Naturally, it’s important that no one allow someone they do not trust to use hypnosis with them, as I do believe that the evil one can use that to his advantage – as he can many other things.”

Aside from stage hypnosis, the consumer should also be wary of any therapist who suggests the use of past life regression therapy (PLRT) which uses hypnosis to allegedly help patients remember past lives. This use requires a belief in reincarnation, which is against Church teaching. In addition, PLRT relies upon the very controversial recovered memory therapy, or RMT, which is used to uncover suppressed memories of incest, satanic ritual abuse, space-alien abduction and regression into infancy. Proponents of PLRT and RMT are generally an eclectic mix of feminists, Christians, New Agers, and science fiction enthusiasts.

Professional medical associations such as the American Medical Association (AMA) have condemned these techniques. In 1993, the AMA issued a statement saying that recovered memories are “of uncertain authenticity which should be subject to external verification. The use of recovered memories is fraught with problems of potential misapplication.”

The main problem with RMT, whether it be of a past life or alien abduction, is that it is relatively easy for a therapist to implant a false memory.

For this reason, many courts of law also refuse to accept testimony from people who have been hypnotized for purposes of “recovering” memories, because these techniques can lead to confusion between the imagination and actual memories.

The American Society of Clinical Hypnosis explains: “A lay hypnotherapist may be certified and claim to have received 200 or more hours of training, but licensed health care professionals typically have seven to nine years of university coursework, plus additional supervised training in internship and residency programs. Their hypnosis training is in addition to their medical psychological, dental or social work training. Careful questioning can help you avoid a lay hypnotist who may engage in fraudulent or unethical practices.”

There are two nationally recognized organizations for licensed health care professionals using hypnosis in the U.S.: the American Society of Clinical Hypnosis and the Society for Clinical and Experimental Hypnosis.

The American Society for Clinical Hypnosis offers this search feature that can help you find licensed practitioners in your area.

Women of Grace® has compiled a library of over 1400 articles on New Age and occult related material and has been offering them to the public for more than a decade – at no charge! On this Giving Tuesday, if you appreciate our research, please prayerfully consider making a donation to support this vital work! Click here to donate!