As all regular readers of this blog know, we get many questions about children's books in which the characters use sorcery in one way or another. In an effort to help Christian parents learn how to discern whether or not this content is suitable for their children, I would like to post insights from Michael O'Brien's book, Harry Potter and the Paganization of Culture (www.studioobrien.com) which I hope you'll find useful. 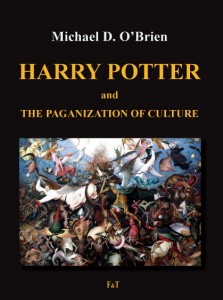