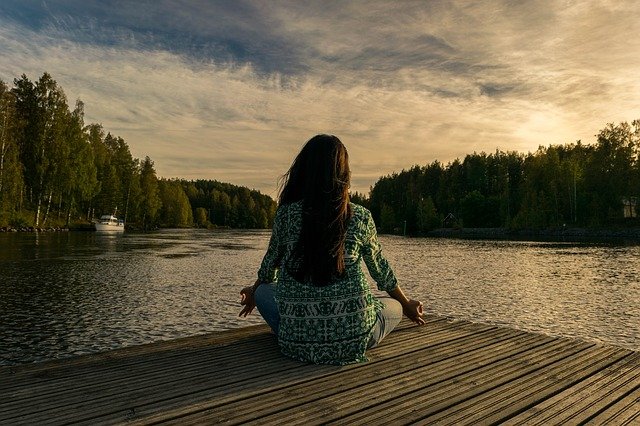 Groundbreaking new research has discovered a link between those who practice mindfulness meditation, aura reading and other “energetic therapies,” to feelings of spiritual superiority and smugness.

According to Jonathan Chadwick for the Daily Mail, Dutch researchers led by Professor Roos Vonk of Radboud University in the Netherlands surveyed 4,000 people who were practicing eastern meditation and “energetic therapies” such as aura reading, Reiki, etc. and found a link to feelings of “spiritual superiority and smugness".

“Spiritual training is assumed to reduce self‐enhancement, but may have the paradoxical effect of boosting superiority feelings,” say the authors in the research which was published in the European Journal of Social Psychology. “[The] self‐enhancement [ego] motive is powerful and deeply ingrained so that it can hijack methods intended to transcend the ego and, instead, adopt them to its own service.”

Instead of slowly diminishing the ego as these practices intend, these practices actually stoke the ego, rendering them to be "not enlightened at all," Professor Vonk said.

“In theory, through spiritual training we become wise people who rise above their private interests, feel connected with others, do not judge, but in actuality it often turns out quite differently. People who educate themselves in, for example, healing and reading of auras and chakras, invariably discover that they have remarkable psychic abilities allowing them to ‘see’ things that others do not see. That makes them feel very special.”

Researchers discovered these connections after conducting several different studies designed to measure “spiritual superiority” which they defined as having a feeling of superiority over those who lack “the spiritual wisdom” they ascribe to themselves.

Participants were asked to rate themselves on a scale of 1-7 on statements such as, “I am more in touch with my senses than most others,” and “the world would be a better place if others too had the insights that I have now.”

Another study surveyed participants who were asked their willingness to provide spiritual guidance such as becoming another’s guru, or talking about their insights with others.

A third scale, called "'supernatural overconfidence", assessed participant beliefs in their paranormal power and included bizarre statements such as, “I can get in touch with people who are deceased” and “I can influence the world around me with my thoughts.”

"People may aim to become more successful, more respected or loved because of their spiritual development,” the researchers conclude. “Even if these are not their initial motives, they may discover these benefits along the way. They may get a sense of excitement, or wisdom and serenity, and embrace the ideology that brought them this delight, hence becoming less open-minded towards other schools of thought.”

Researchers found that “the road to spiritual enlightenment may yield the exact same mundane distortions that are all too familiar in social psychology, such as self-enhancement, illusory superiority, closed-mindedness, and hedonism (clinging to positive experiences) under the guise of alleged ‘higher’ values.”

What a contrast this provides to Christian forms of meditation and healing which are "other oriented" rather than focused on the self. As a result, God enlightens us with true wisdom, the kind that fosters humility of heart and protects us from becoming smug and self-centered.