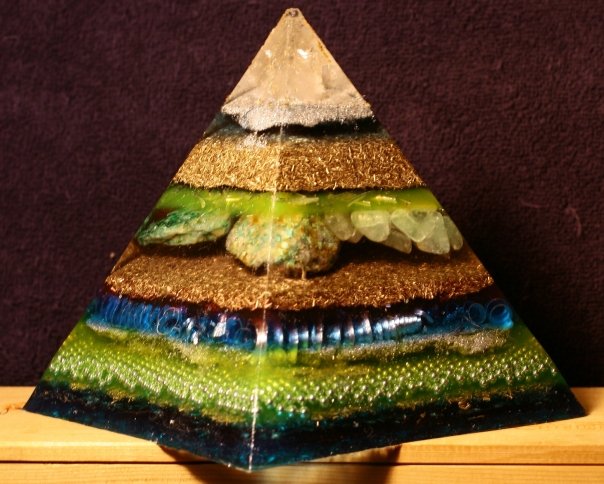 We’ve had several questions lately about orgone energy and orgonite which some people are using it to protect themselves against EMFs (electro-magnetic fields). Is this connected with the New Age?

Yes, very much so!

According to the research, this energy is just another version of the very New Age concept of putative energy known as chi, qi, prana, universal life force, that supposedly infuses the entire universe. The only difference is that this energy isn’t just any old “chi” – it’s a sexual energy that can be collectible in an orgone energy accumulator.

The alleged Orgone energy was “discovered” by an Austrian doctor of medicine and psychoanalyst named Wilhelm Reich (1897-1957) who was mentored by Sigmund Freud. In a book by Martin Gardner entitled, Fads and Fallacies in the Name of Science, Reich is described as a devout Marxist who felt that the working class was so politically impotent because the workers were sexually repressed. The only way to correct this and bring about revolution was to provide for the uninhibited release of sexual urges.

Reich believed there was an unseen sexual energy in the air known as “orgone.” He concluded that this primordial energy was akin to Freud’s idea of libidinal energy, but believed orgone was the energy of life itself that affected everything, even the weather.

He eventually constructed a metal-lined wooden box to capture this energy. Known as the orgone energy accumulator, this device was large enough for a human to sit inside where any imbalances in this energy could be corrected, thus restoring the person to physical and mental health.

According to Fred Froese, writing for Wired, this is what people who use the box can expect to feel: “After a few minutes your skin will begin to tingle, and you’ll feel a sort of warming. Your heart rate will stabilize at a Goldilocks pace—neither too high nor too low. You will feel, in a word, enlivened. But take care not to stay too long. The minute you begin to feel nauseated, make your exit, for your body has been charged to capacity with orgone.”

If this sounds a bit wacky, it should! Reich’s strange “science” ran him afoul of the Nazis and caused him to flee to Scandinavia and eventually to the United States where he got himself into trouble with the FDA for selling his accumulators along with unsubstantiated claims about its efficacy. He was ordered to destroy the devices and the literature. He defied this court order which landed him in jail where he died of heart failure in 1957.

But this wasn’t the end of his orgone energy theory or the device he created to harness it. His students continued to promote the idea and the New Age industry eventually came up with their own way to  harness this fictitious energy form into a man-made substance known as orgonite. This website describes it as “a mixture of catalyzed fiberglass resin with metal shavings, particles or powders, poured into molds” which they claim can attract the energy similar to Reich’s accumulators.

Proponents claim orgonite is easily created and can be poured into molds to make all kinds of shapes such as pyramids, cones, discs, pendants, etc. Prices for these items range anywhere from $10 to over $100 and are being sold as protection against EMF’s (even though the kind of EMF’s they protect against have been found to be harmless.)

Regardless of how fancifully orgone energy and orgonite products are described, the underlying premise – the existence of orgone energy – is irreparably flawed. According to the Journal of Contemporary Psychotherapy, “There is no empirical support for the concept of orgone in medicine or the physical sciences."

There you have it! Without this basis in reality, orgone energy and orgonite must be relegated to that vast graveyard where useless New Age pseudoscience goes to die.