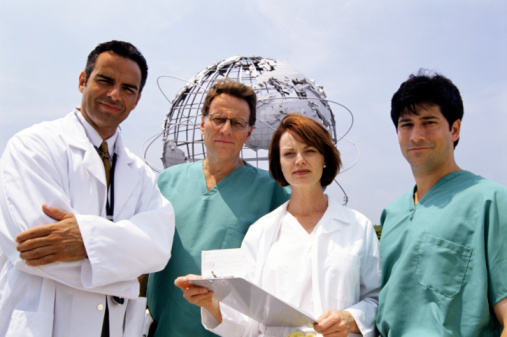 The U.S. Department of Health and Human Services (HHS) Office for Civil Rights (OCR) announced the issuance of a new rule that protects the rights of individuals and health care entities who do not wish to participate in the provision of services such as abortion, sterilization or assisted suicide that violate their religious beliefs.

According to the HHS, the new rule replaces a 2011 rule that proved to be inadequate in providing protection to healthcare workers who were forced to either participate in these services or lose their jobs.

Roger Severino, head of the office that will enforce it at the Department of Health and Human Services, told CBN.com that no one should "have to shed their religious beliefs to participate in health care."

He added that "certain medical professions such as OB-GYN should not be declared pro-life-free zones."

According to the HHS, they received more than 1,300 complaints last year that health care workers faced discrimination for their religious beliefs or conscience issues.

Alliance Defending Freedom Legal Counsel Kellie Fiedorek said this new regulation is vitally important. "One of the freedoms Americans have cherished most is the freedom to live according to their faith and conscience, free from government coercion. Unfortunately, ADF clients and other nurses, doctors, and health care providers have faced discrimination and even have lost their jobs because of their commitment to saving life."

One of those clients, Cathy DeCarlo, had to sue for her right to practice her Catholic faith while working as a hospital nurse.

“My faith in God and the Catholic Church’s teachings about the value of all human life inspired my career in nursing and encouraged me to never harm or intentionally take the life of an innocent person. I’ll never forget the day my supervisor ignored the law and forced me to participate in an abortion. I still have nightmares about that day. As an immigrant to America because of the freedom and opportunity I saw here, today I’m hopeful that HHS’ new rule will help make sure that no other nurses or health care professionals will be forced to go through what I did and that their rights will be protected,” DeCarlo said.

Another client, Fe Esperanza Racpan Vonoya, said she spent 28 years working as a critical care and emergency room nurse only to find herself given an ultimatum by her employer to either participate in an abortion or lose her job.

Even though the former conscience protections were in effect at the time, “those laws are only as effective as the willingness of government officials to enforce them,” she said. “Today’s rule helps enforce the law just like any other civil rights law and protect people like me who love serving our patients.”

Liberal organizations are condemning the new rule, saying that it will endanger the rights of minorities such as the LGBTQ community who are already experiencing discrimination by providers who refuse to serve them.

For example, Gillian Branstetter, a spokesperson for the National Center for Transgender Equality, told NBC News that there have been cases where religiously affiliated hospitals denied hysterectomies to women who were transitioning into men.

However, Severino defended the rule. “The beauty of the American system is that there are options for everyone. This rule promotes that principle by ensuring greater diversity in health care so that patients can continue to find doctors who match their values . . .”

Even though the city of San Francisco immediately sued to stop the rule, as of today, it's now the law of the land.

“ . . . Laws prohibiting government funded discrimination against conscience and religious freedom will be enforced like every other civil rights law,” Severino said. “This rule ensures that healthcare entities and professionals won’t be bullied out of the health care field because they decline to participate in actions that violate their conscience, including the taking of human life. Protecting conscience and religious freedom not only fosters greater diversity in healthcare, it’s the law.”