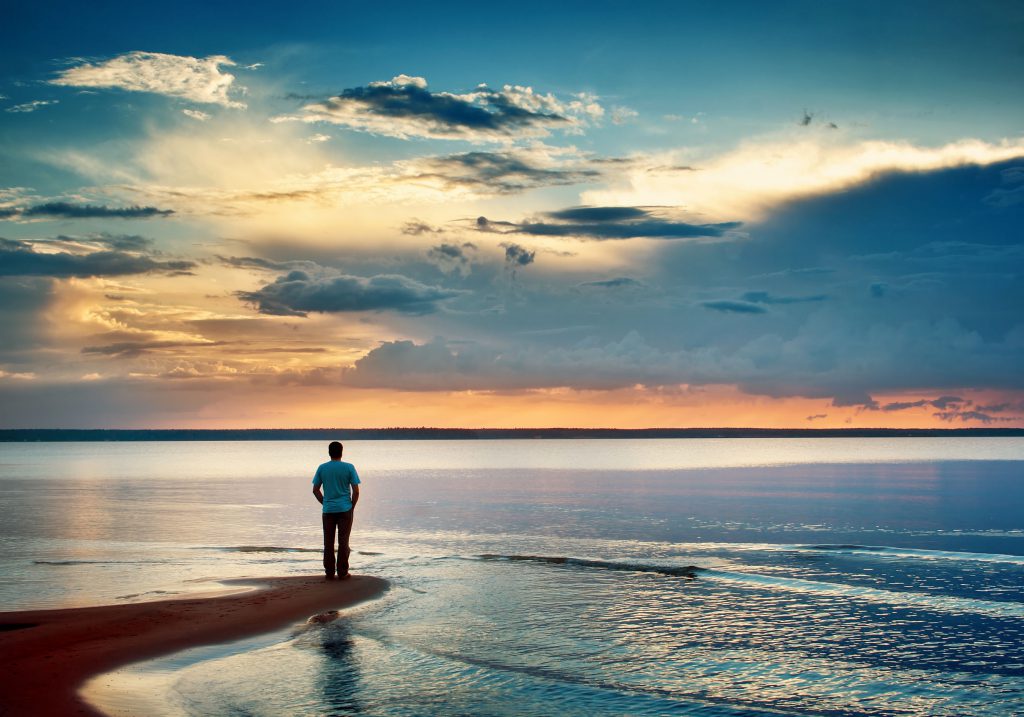 The rise of the modern practice of mindfulness into the field of therapy has posed a conundrum for many Catholics who want the therapy, but without the Buddhist roots. What are their options and how do they find them?

For many Christians, it may seem like the modern mindfulness movement is the only game in town. Wherever they go, therapists are touting either the 8-week Mindfulness Based Stress Reduction (MBSR) model, pioneered by Jon Kabat-Zinn, or some derivative of it. When a Christian client expresses their concerns about it, too many counselors are insisting that the practice has been “secularized” for use by the general public with no religious baggage.

Unfortunately, this is not true, at least not according to the pioneer himself.

In an April, 2017 interview with Thrive Global, Zinn, a practicing Buddhist, clearly states his belief that “mindfulness is something at the heart of Buddhist practice.”

When asked if what he practiced was “secular mindfulness,” Zinn didn’t hesitate to disagree.

The “sacred” is not something he ever wanted to remove from his MBSR program, although he openly admits that he “bent over backward” to keep the sacred hidden from the general public for fear of being branded a “New Ager.” For this reason, he developed an “American vocabulary” to make mindfulness more acceptable to non-Buddhists.

For the unsuspecting American public, however, the tactic worked like a charm with many people believing that the mindfulness meditation their therapist is using to teach them how to focus is religion-free. But is that even possible?

In the book, The Buddha Pill, Dr. Miguel Farias and Catherine Wikholm sum it up this way: “In principle, it’s perfectly possible to meditate and be uninterested in meditation’s spiritual background. However, research shows that meditation leads us to become more spiritual and that this increase in spirituality is partly responsible for the practice’s positive effects. So, even if we set out to ignore the meditation’s spiritual roots, those roots may nonetheless envelope us, to a greater or lesser degree. Overall, it is unclear whether secular models of mindfulness are fully secular” (pg. 218) emphasis added.

With the practice of mindfulness so prevalent, what options does a Catholic have and how does he or she find a good therapist? 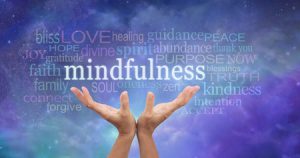 “The terms are used interchangeably in the shrink biz, but they are really very different things,” Dr. Popcak said.

“Loosely speaking, ‘mindfulness’ strictly understood as a concept is basically the mechanism that governs free will. It’s the amount of ‘space’ that exists between my emotional reaction and my behavioral response. If I just react to everything (i.e., no space between stimulus and response), I’m not mindful. I’m reactive. And generally speaking, that’s unhealthy.”

On the other hand, when something happens to upset us and we discern a more appropriate way to respond than lashing out, we’re being “mindful.”

“Personally, I don’t really like using the word ‘mindfulness’ for this concept (and we don’t use it in my practice), because of the baggage/confusion associated with the term, but when a lot of therapists talk about ‘mindfulness,’ this is what they mean.”

However, the contemporary practice of mindfulness, particularly the MBSR method taught by Jon Kabat-Zin (MBSR), “is another thing altogether,” Dr. Popcak said.

“MBSR is a systematic, Buddhist-based approach to teaching the concept of mindfulness. The goal may be perfectly healthy and appropriate (i.e., teaching a person to respond rather than react), but MBSR draws from an eastern spirituality that focuses on the destruction of the self (desire/pain) and the denial of objective truth. Obviously, all that’s problematic from a Christian point-of-view.”

The person seeking Christian-based therapy should discuss this with their therapist and make sure that when they say they’re using mindfulness, it’s not the MBSR method or any techniques associated with Buddhist meditation that are typically used in Zinn’s method to aid in the practice of mindfulness. 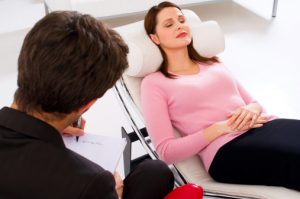 Allison Ricciardi, LMHC, founder of CatholicTherapists.com, the premier search engine for solid Catholic therapists, doesn’t recommend the MBSR method to Catholics. Instead, she uses the affirmation method put forth by Dr. Conrad Baars and has had excellent results.

As she explained, Baars’ method was very much influenced by St. Thomas Aquinas, who taught that the goal for healthy human function is to feel all of our natural emotions and learn how to guide them adequately by reason.

“People who are blocked by anxiety or depression, and who are unaffirmed, don’t trust their own feelings. So it’s important for them to feel what they’re feeling in their hearts. We want people to get in touch with what they’re actually feeling,” Ricciardi said.

Her methods involve teaching the person how to become calm, how to feed the soul and get in touch with what is good, beautiful and true.

“It’s a matter of getting in touch with the heart rather than the mind,” she explained.

She’s seen remarkable results just by getting people to spend time in adoration.

What does she think about those therapists who try to “Catholicize” Zinn’s method of mindfulness?

“I really don’t think you can do that. What we need to do is look for the truth about why the person is reaching out for these techniques and give them a real answer. Connect them with real truth, real beauty, which is God, as manifested in His creation,” she said.

Man is a relational being and mindfulness doesn’t really address those needs, she said. Mindfulness is all about the self, whereas Christianity is all about relationship with our Creator and one another.

We can use techniques such as mindfulness to try to manipulate and control ourselves, but in the end, what we need is interaction with God and others, she said.

“We need to develop our ability to be present to others. This is what we ‘re starving for – our world is so unaffirmed . . . Our goal is union with God and communion with others. That’s what heaven will be like. Everything we do should be about achieving that.”

Anyone looking for options other than the modern version of mindfulness should visit CatholicTherapists.com which has been in existence for 18 years and carefully screens all therapists who make the list.

“Our application is based on excerpts from the Catechism. We ask them if they agree or disagree with core teachings of the Church, and we also require both a clergy and professional reference,” she said.

In addition, her organization researches every applicant and reviews their website to be sure they are not involved in New Age therapies.

The bottom line is that Catholics in search of Christian-based counseling need not settle for trendy techniques that put them in conflict with their beliefs. There are Catholic therapists offering good, solid alternatives who can be found with just the click of a mouse.

This article is reprinted here with the kind permission of the National Catholic Register.