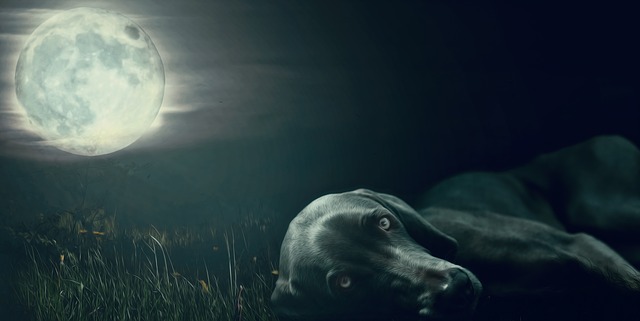 LM writes: “Are Church Grims a real thing? Are they of demonic origin? There are some that are considered benevolent (like the one at Boston College). Is it possible that some of these are of God?”

No, church grims are not real and are nothing more than superstitious folklore.

For those of you who have never heard of it, a church grim is supposedly a guardian spirit that protects the premises of a particular Christian church from encroachment by evil – be that in the form of the devil, a thief, vandals, etc. Typically, this specter is portrayed in the form of menacing black dog.

In the book, Harry Potter and the Prisoner of Azkaban, a divination teacher named Sybil Trelawney reads Harry’s tea leaves and determines that he is associated with the Grim, which she describes as a “giant spectral dog that haunts churchyards.”

This legend grew out of an alleged superstition held by some Christians that the first person buried in a cemetery would have the burden of protecting the cemetery forevermore. In order to avoid this fate, parishioners would often bury a dog first so that this animal’s spirit can guard the premises. Some of the more grisly legends claim that the animal is buried alive in the foundation of the building.

All kinds of additional lore are attached to church grims, such as how they allegedly toll the church bell at midnight before a death takes place. Others claim they have seen the grim looking out from the church tower during funerals and, depending on which direction it is facing, can reveal whether the soul went to heaven or hell.

According to Scandinavian folklore, the buried animal is a lamb who is interred beneath the altar. If it’s spirit is seen in the graveyard or by a gravedigger, it means that a child is going to die.

Other animals that supposed became church grims after death are boars, pigs, and horses.

While it is highly possible that the devil can choose to appear in the form of a black dog (impersonation is one of his many talents), there is no such thing as a grim. It is nothing more than a legend shrouded in superstition.