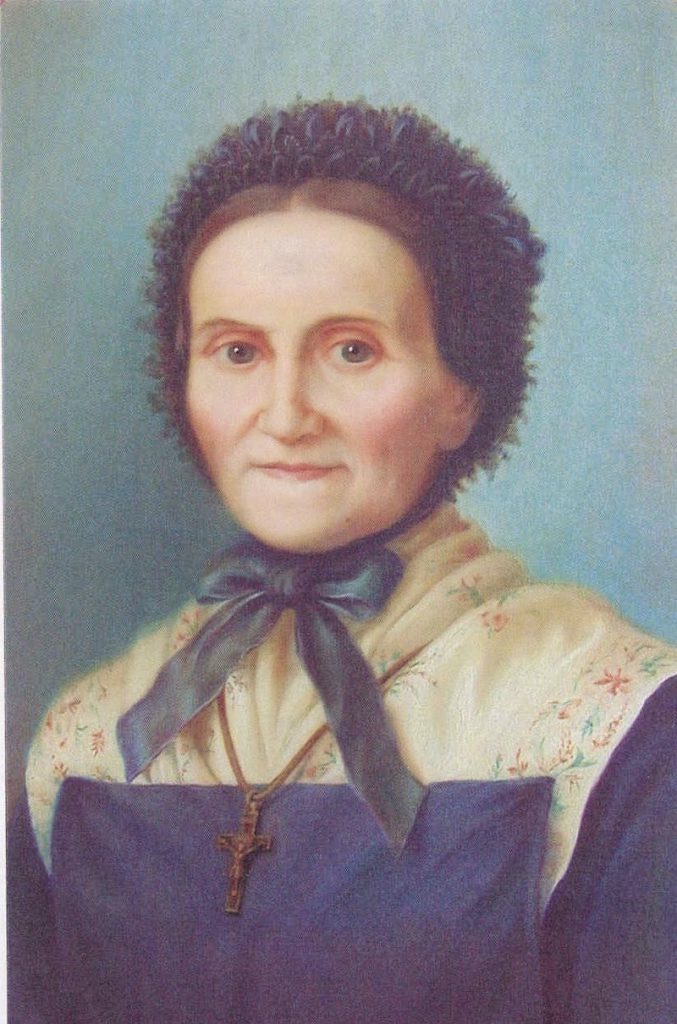 Pope Francis has announced the advancement of the sainthood causes of 17 women, including that of Blessed Marguerite Bays, a humble laywoman who devoted her life to serving peasant farmers in spite of great physical suffering.

The Congregation for the Causes of the Saints has officially recognized the second miracle needed for the canonization of Blessed Marguerite. The miracle involves the case of a girl who was saved after what should have been a fatal tractor accident in 1998. The girl’s grandfather invoked the intercession of Blessed Marguerite and she was miraculously healed of her injuries. Medical experts in Rome approved the healing on May 15, 2018 and Pope Francis gave his final assent on January 15, 2019.

The life of this remarkable woman is a testament to the wonders that can be worked in this world through the spiritual motherhood to which all women are called.

Marguerite was the second of seven children born into a devout farming family on the birthday of Our Lady, September 8, 1815 in La Pierraz, Switzerland. Gifted with a keen intelligence, she was very drawn to prayer and the things of God from an early age. She kept a small altar in her room where a statue of Our Lady was placed, often bringing flowers to adorn the spot. Every morning she would pray before Our Lady to ask her intercession before heading out into the fields to perform her daily duties on the farm. One of her favorite hobbies was to gather children around her and tell them stories from the life of Jesus.

Marguerite was 15 years old when she became an apprentice to a seamstress and soon began to offer her services to local households. Even though many people urged her to become a religious, she felt called to remain single in order to devote herself to serving Jesus in the world.

This would not be easy, even within her own family. Her sister’s marriage ended in divorce. Her brother Joseph had a violent temper that eventually landed him in prison, and her older brother, Claude, had a child out of wedlock. Marguerite took it upon herself to care for this little boy in terms of his education, a service which Claude’s future wife, Josette, would never appreciate. In fact, Josette would humiliate and mistreat Marguerite whenever she could. But that didn’t stop Marguerite from tending to Josette when she became desperately ill and needed to prepare for death.

None of these troubles could exhaust the charity that burned in the heart of this devoted spiritual mother. She looked after the local poor, bringing them milk and bread as well as washing and mending their clothes.

It was through this service to her neighbor that she became familiar with the Secular Franciscan Order and became a professed member.

All the while her prayer life remained rich and profound. In spite of a 20 minute walk each way, she attended Mass daily and took part in Eucharistic Adoration. Afterward, she would go from household to household performing her work as a seamstress, visiting the ill, and instructing children in the faith.

In addition, she made eleven pilgrimages to the shrine of Our Lady of Hermits in Einsiedeln, a 250-mile journey that took six days to complete.

“Marguerite always sought to live continually in the presence of God without drawing attention to herself. She was discrete and quiet, shunning gossip and arguments, which can easily lead to malicious rumors and slander,” we read on the Mystics of the Church website.

“Without speaking very much herself, while at work she would listen and pay very close attention to the stories the women would tell concerning this or that person in town, for she cared very deeply about the conversion of sinners and the salvation of souls. Her experience was not limited to her own personal salvation, and it deeply hurt her to hear of or see people living in sin, and not practicing their Catholic faith.”

She devoted herself to praying for those who were risking their eternal life, offering sacrifices and sometimes spending half the night in prayer begging God for His mercy.

Tragedy struck in 1853 when, at the age of 38, she learned that she was suffering from bowel cancer. The pain of the disease was acute, causing her dizziness and nausea. By the time she visited a doctor, the disease was inoperable.

Marguerite turned to Our Lady and begged to be healed through her intercession, but wanted even more to be able to link her pain with the suffering of Christ for the sake of sinners.

Our Lady heard the pleas of her devoted servant and on December 8, 1854, the same day that Pope Pius IX solemnly declared the Dogma of the Immaculate Conception of Mary, the bedridden and suffering Marguerite was pressing a medal with the image of the Immaculate Conception to herself when her pain miraculously disappeared. By the time her family got home from church that day, she was sitting on the big stone stove in her room praying the rosary.

However, being healed of cancer didn't stop her from offering herself to God to suffer for the conversion of sinners. And, once again, the Lord was only too pleased to grant her request.

Not long after this, she received the gift of the stigmata. Once a week, she would fall into ecstatic raptures and would feel the pain Christ suffered during His passion. Except for the medical examination that confirmed the stigmata, only a few people ever knew about this great sign of favor from the Lord because she did not wish to draw attention to herself.

Marguerite's last illness was a mystery. As Mystics of the Church reports, there was a kind of burning inside her that caused acute pain in her head, throat, and chest. No one knew what was wrong with her.

In spite of being fed all kinds of unsuitable medicines, she never complained. Living on the Eucharist and cool herbal tea, she became so thin that her brother once said she felt like a bag of bones when he carried her. Because she didn’t want anyone to know how much she suffered, she refused all visitors and spent her time in prayer. Her one request of God was that He might allow her to die on the feast of Sacred Heart.

Once again, the Lord was only too happy to oblige and chose that day to welcome His faithful bride into the glories of His Kingdom. She died on June 27, 1879, the Feast of the Sacred Heart, at precisely 3:00 p.m.

The story of Blessed Marguerite Bays is not only about the heroic suffering of a saintly woman, it’s a testimony to how women who, as Johnnette Williams describes in Full of Grace, are impregnated with the Gospel, can live in the world and make such a difference in the lives of so many people. She was never married and had no children, yet she spiritually mothered everyone who crossed her path. Even in the last years of her life, when she could no longer physically tend to the poor, she continued to devote herself to their welfare, assuming enormous sufferings for the sake of those who probably didn’t even know her name.

Her example shows us how we, too, can mother souls by praying for those we encounter in the everyday paths of our lives – in the streets, in our homes and offices, our schools and parishes. We don’t have to travel far to find souls in need of spiritual mothering!

Blessed Marguerite is expected to be canonized sometime in 2019.

Blessed Marguerite Bays, please intercede for us before God, that He might infuse into our hearts the grace to unleash our gift of spiritual motherhood upon those around us, and to never let a day pass without giving us an opportunity to mother a soul by word, or work, or simply by a loving prayer. We ask all this in the Most Holy Name of Jesus. Amen.