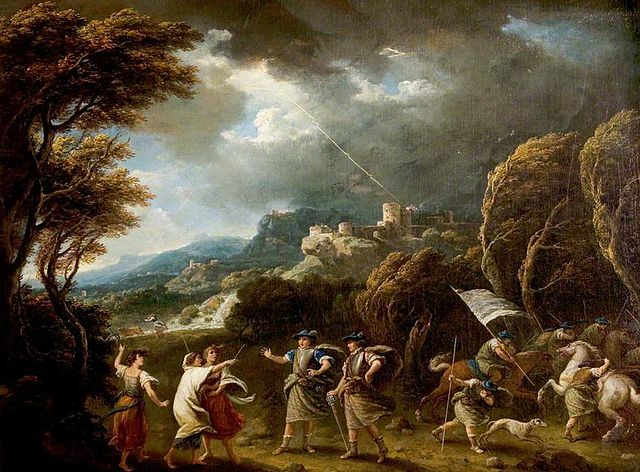 ScotlandNow.com reports that “When Charlton Heston took the lead in 1953 he suffered a motorcycle crash during rehearsals and his legs were left horrifically burned during a performance - it emerged his tights had been mysteriously soaked in kerosene.”