KI writes: "I have a severely food-allergic child whose diet is limited to meats, many fruits, and some vegetables.  Although he cannot have a normal, balanced diet, he is growing and developing well under regular medical advice.  My mom is a loving grandmother who is naturally worried about his health.  She is convinced that the only choice my husband and I have is to undergo NAET [Nambudripad's Allergy Elimination Technique], and has even suggested that if we do not try NAET, we could be abusing him for not providing a means to recovery. . . . 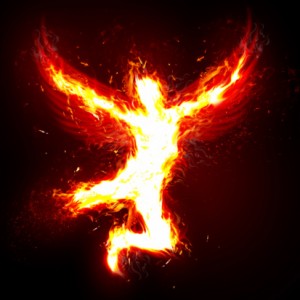 "I have sent her the link to your post on NAET, and explained that we have no desire to willfully or accidentally introduce anything not of God into his life.  She has a dear friend who is a faithful Catholic and who found healing through NAET: she contends that since it did heal her, it is of God, because she believes that Satan cannot heal.  I can't find anything contrary to her claim, but know she is mistaken.  I haven't had luck researching this on my own, and wonder if you can help me: can Satan provide healing as part of his deception?" Satan cannot "heal" - but he can easily appear to do so, which means his healings are always counterfeit. Either a person is healed through the power of suggestion (much like the placebo effect)  or through an illusion of some kind. There are also several other reasons why people believe themselves to be healed and Satan is more than happy to cooperate with these to fool someone.  The bottom line is that the devil has more than enough power to convince someone that they've been healed, even when they have not. But don't take my word for it. Let's see what Scripture has to say on this subject. First of all, nowhere in Scripture do we find evidence that Satan has the power or authority to heal. Therefore, because he is not capable of doing anything good, he cannot heal anyone,but, as I said, only appear to do so. Next, let's look at Job 2:7 where we read "Satan went out from the presence of the Lord and inflicted loathsome sores on Job from the sole of his foot to the crown of his head." This tells us that sickness or injury can definitely originate from Satan if God allows it. Therefore, it follows that Satan would certainly be able to make a person feel better or even appear to be healed if he simply stopped inflicting the sickness on a person. However, keep in mind that because he's incapable of doing anything good, he's not withdrawing the affliction because he wants to help the person. He's doing it because he wants to trick them into turning away from God and convincing them to rely on other powers such as those found in the occult and New Age "energy" for their needs. Remember, Jesus told us that Satan is a "murderer" and a "liar and the father of lies" (John 8:44). Satan always wants death and destruction, never healing and life. As I mentioned, Satan is also a master of illusion. "For Satan himself transforms himself into an angel of light” (2Corinthians 11:14). There are ample warnings about this aspect of Satan in Scripture. "For false christs and false prophets will rise and show great signs and wonders to deceive, if possible, even the elect” (Matt. 24:24), and “The coming of the lawless one is according to the working of Satan, with all power, signs, and lying wonders” (2 Thess. 2:9). The anti-Christ will mimic all the great miracles of Christ, such as walking on water, raising the dead, healing the sick, but these will all be lies. We know from these warnings that Satan is entirely capable of fooling even the holiest among us, which is why our benevolent God has promised that He will shorten this time. Your mom is certainly right that Satan cannot heal, but that doesn't mean every alleged "healing" is from God. This is why we are so wisely taught to "test the spirits" (1John 4: 1-6). For instance, in this case, we know that NAET is all about balancing a fictitious energy known as "chi," which is part of  a pantheistic belief system that posits the presence of a universal life force energy in all creation. Pantheism is not compatible with Christianity.  This fact alone means NAET fails the "test" and should be avoided by Christians. Send your New Age questions to newage@womenofgrace.com