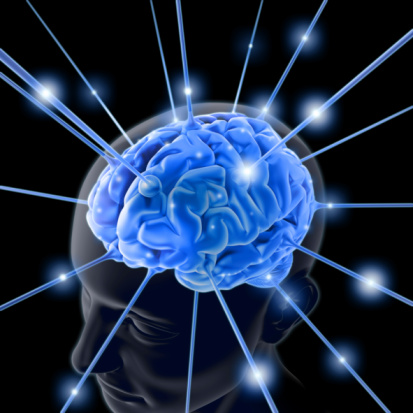 Jackie sent us a link about SuperbrainYoga®  "I know you have spoken on your broadcast before about how dangerous yoga is and how all the positions reflect some sort of praise to a false god. Does that include this Superbrain Yoga®? Or are they just calling this yoga, but it's really just an exercise for the brain. I would love to try it, because I have a lot of trouble with my memory and focusing, but I don't want to try it if it is only a gate into spiritual darkness."

Jackie was right to trust her instincts and question this latest New Age invention. Even a cursory review of the main website is enough to answer a lot of questions!

According to the purveyors of Superbrain Yoga ®, this is a technique meant to "energize and recharge the brain." It is based "on the principles of subtle energy and ear acupuncture," and involves gently squeezing the earlobes to "produce the necessary energy connection" which supposedly causes the brain and pituitary gland to become energized and activated.

In some cases, practitioners squeeze their earlobes, then squat and rise, breathing in on the way down and out on the way up. This exercise is said to synchronize the right and left hemispheres of the brain and to improve memory and brain function.

It's founder, Master Choa Kok Sui, is a "pranic healer" (a form of energy medicine similar to Therapeutic Touch ) who trademarked the name Superbrain Yoga®.  He claims that it "transforms or internally alchemizes the energies from the lower energy centers into higher subtler energies. These energies are then utilized by the upper energy centers. When those centers are highly energized, they energize the brain so it can function with greater efficiency and effectivity."

If this sounds like a bunch of New Age psycho babble, it is!

First of all, the "subtle energies" he refers to are not supported by science. (See http://www.womenofgrace.com/blog/?p=4).

Superbrain Yoga also involves acupuncture, which is where things get interesting.

For those who do not know this, there are two kinds of acupuncture - the scientific version which is based on the principles of neuroscience and the Traditional Chinese Medicine version which is based on the existence of opposing energy forces known as yin and yang. Science has found that acupuncture works through the release of endorphins and/or pain relieving neurotransmitters - not because of any "subtle energy" manipulation in the body.

What the Superbrain Yoga® people do is mix things up by calling in a Yale neurosurgeon named Eugenius Ang who explains why squeezing the earlobes may cause changes to the right and left hemispheres of the brain; however, Dr. Ang's explanation is scientific and has nothing to do with "subtle energies". But by bringing him into the conversation, it makes the practice sound scientific even though it isn't.

Another Yale neurosurgeon, Steven Novella, MD, had a different view of the practice and called it "blatantly spiritual magical nonsense" and found the preliminary studies on the technique to be inadequate due to small cohorts, and insufficient controls. Just because people report being energized afer doing the exercise means nothing scientifically.

"Subjective outcomes like that are susceptible to placebo effect, observation and reporting bias," Novella explains.

"If you really want to improve your brain function, or help students or special needs children, there are things you can do. There is no 'brain hack' or even 'brain training,' one simple trick, or any short cut. If you want to be smarter, then read, study, think, exchange ideas, learn new things, and develop skills."