By Susan Brinkmann, OCDS Staff Journalist The past month has seen major breakthroughs in adult stem cell research and yet we barely heard a word about it in the press. Why not? 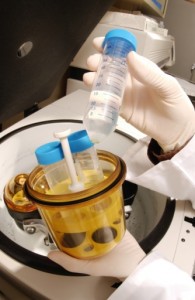 Popular Catholic author Deacon Keith Fournier attempts to answer this question in a recent article appearing on Catholic Online in which he wonders if the failure to differentiate between human embryonic stem cell research and adult stem cell research may be intentional on the part of some. "I have concluded that blurring these two very different areas of medical research may be an intentional act on the part of some who are hell bent on killing human embryonic persons for experimentation," Fournier writes. As an example, he cites amazing breakthroughs in adult stem cell research within just the past month of which there was very little coverage. For instance, scientists from the Schepens Eye Research Institute in Boston, Massachusetts announced the results of a study this month where stem cells derived from adult skin were used to re-grow areas of the retina and improve vision. Chinese researchers also made a big announcement regarding the use of adult stem cells from skin in the past month. They "prompted" the cells to become liver cells and were able to use these cells to restore a liver in a laboratory animal. Also in the past month was an article appearing in the prestigious New England Journal of Medicine about the discovery of adult stem cells within the lungs which are capable of being used to regenerate damage lungs. As incredible as it sounds, they found "undifferentiated human lung stem cells nested in niches in the distal airways. These cells are self-renewing, clonogenic, and multipotent in vitro."  This is big news, so why is the coverage so slight? "I suggest it is because the entire 'stem cell' discussion is intentionally laden with misinformation and mired in emotional appeals which cloud the scientific facts," Fournier writes. One of the best examples of this deliberate misreporting occurred last month during a debate to ban cloning in Minnesota. "In Minnesota right now, state GOP lawmakers are trying to ban the cloning of human embryos, a technology tied to embryonic-stem-cell research," reports attorney and bioethicist, Wesley Smith. "Critics of the legislation say it’s just another instance of the war on science. To prove it, they brought forward a woman, Trisha Knuth, whose little boy, Charlie, has been relieved of a horrific skin disease by a stem-cell transplant. The only problem with this story is that the therapy that healed Charlie uses adult stem cells, from a donor. Yet when Charlie’s mother testified impassionedly to the Minnesota legislature, you had to search carefully in media reports for the information that her son’s healing actually had no connection with embryonic stem cells. 'That happens all the time!' an exasperated Dr. Theresa Deisher told me. Deisher is the Stanford-trained biotech researcher whose lawsuit last year shut down government funding of ESCR [embryonic stem cell research] for 17 days." While misleading reporting such as this abound, so do media reports insisting that the Catholic Church is supposedly against "stem cell research." This couldn't be further from the truth. In fact, the Church recently invested $1 million in a company involved in adult stem cell research. The only stem cell research she opposes is embryonic because this involves the intentional killing of a human being. "Among the worst examples of using language to deceive and hide the truth is the failure to differentiate between human EMBRYONIC stem cell research and ADULT stem cell research," Fournier writes. "Adult stem cell research is producing amazing results. We just aren't hearing about them." Smith agrees: "The media continue to imply that embryos hold the key to the future. But increasingly, it looks as if our own body cells offer the quickest and best hope for regenerative medicine. The time has come for the public to insist that the media stop acting as if adult stem cells are the 'wrong' kind of stem cells, and report to the American people fully and fairly the remarkable advances continually being made in adult regenerative medicine." © All Rights Reserved, Living His Life Abundantly®/Women of Grace®  http://www.womenofgrace.com