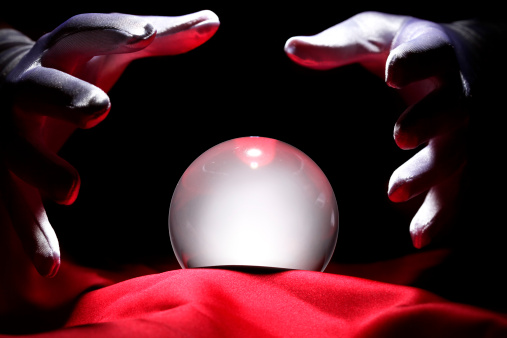 Anyone doubting whether the occult is gaining steam in American society need only read the latest IBISWorld report which has found that the occult has become a multi-billion dollar industry in the U.S. over the last 13 years.

The Daily Mail is reporting on a new report which found that interest in everything from palm reading, mediumship and astrology to aura reading and numerology blossomed into a $2.2 billion dollar a year business in 2018, a number which marks a 52 percent increase since 2005.

The report found that while there are a few high-profile players in the occult business – such as mediums Theresa Caputo (Long Island Medium) and John Edward, the majority of this industry is dominated by “small players” making less than $44,000 a year.

This would include hometown psychics and fortune tellers which are visited by an estimated 15 percent of Americans every year, according to the Pew Research Center, with women being twice as likely as men to visit one.

Florida has the highest concentration of psychics where 14.4 percent of the entire industry works. California was a close second at 12.5 percent, followed by New York at 7.2 percent and Texas at 6.9 percent.

“Palm readers narrowly account for the biggest share of psychic workers (23 percent), followed by tarot card readers (21 percent) and mediums (18 percent),” the report reads. “Aura readers account for 15 percent of the industry, while astrologists make up another 12 percent, and 11 percent fall into none of those categories.”

In spite of the fact that occult-based books, movies, and games are largely aimed at young markets, adults under the age of 30 only account for 11 percent of people who visit psychics.

This explains why so many peddlers of the occult arts are busy trying to develop new apps, videos and other technology aimed at appealing to a younger clientele.

The report estimates that over the next five years, industry revenue is expected to continue rising, growing at a rate of 0.9 percent each year to total $2.3 billion by 2024.

While these numbers are concerning, even more alarming is that too many people believe they can just "dabble around" in the dark arts for kicks. This idea is not only naive, it reveals a dangerous lack of education in the ways of Satan and takes full advantage of this kind of inexperience. He knows that every turn to powers that are not sourced in God exposes the dabbler to himself and his legions, all of whom are only too happy to give them whatever they are seeking in order to ensure that they'll come back for more.

Don't fall into his trap! Resist the curiosity that makes the occult seem so attractive and appealing because the price that you will eventually pay is much more than you bargained for.