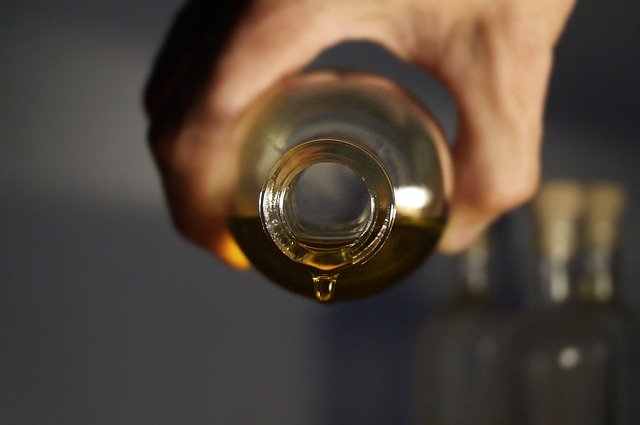 SL writes: “So many of my friends are turned off to essential oils because of their link to witchcraft. I just don’t understand why it matters that witches use the same oils. What difference does that make?”

There is a lot of misunderstanding - and over-reaction - to reports about the link between essential oils and witchcraft. Yes, essential oils (EOs) have been used in witchcraft for centuries, but so have candles. Does that mean you can’t use candles? Of course not! It’s only the way EOs – and candles – are used that can present a problem.

For example, witches use EOs in a superstitious way. They believe they can rub certain essential oils on their body in either an upward or downward motion to draw something toward them or to rid themselves of “negative energy” or “bad karma.” Some witches believe that if they bathe in a bath containing a few drops of a certain oil, then “pray” a specific incantation, it will make their intentions manifest. Others put a drop of certain oils on objects that will be handled by a love interest as a way to attract them.

Another common practice is to mix certain oils into blends that they believe have special powers. For example, mixing rose, vanilla, sandalwood and lavender oils supposedly attracts love. Mixing verbena, hyssop, lavender, and rose makes the blend into an “uncrossing oil” that they believe can break hexes and bad luck. One of their most popular blends, known as Thieves Oil, is the mixing of cloves, lemon, cinnamon, eucalyptus, and rosemary which is applied to the hands and ears in order to provide “protection.”

It’s easy to see what’s wrong with these uses. It ascribes some kind of magical power to the oil that it really doesn’t have. Were a Christian to use oils in this way he or she would be guilty of superstition.

Of course! We recently reported on the case of an Argentinian seer who claimed that the Blessed Mother gave her a recipe for an oil blend that could be used for protection against viruses such as COVID. The recipe was Thieves Oil, the same blend mentioned above which is used by witches for protection. For good reason, this alleged message raised a few eyebrows among theologians and apparition experts. Even if the connection between Thieves Oil and witchcraft could be considered coincidental, it’s highly unlikely that Our Lady would risk causing scandal among the faithful by prescribing the same recipe She knows is being used in witchcraft for a similar purpose; nor would she recommend the use of any oil blend that lacks scientific proof of effectiveness against a contagious disease because this is not in keeping with Church guidelines. To do so could result in giving people a false sense of security that might cause them to disregard public health policy which we are morally obligated to obey.  Our Lady would never take such risks with our physical and spiritual welfare.

Thieves Oil is not the only EO blend that is used in ways that are similar to witchcraft. As we reported earlier, Young Living Essential Oils offers a blend known as “Abundance” that promises to “enhance the frequency of the harmonic magnetic energy field” to attract abundance to oneself. What is being described here is known as “the law of attraction” in New Age. It’s a belief that humans are like magnets whose thoughts are capable of attracting whatever we want. Again, this is ascribing a power to the mind – and a particular blend of oils - that just isn’t there.

If there is no scientific consensus that a certain blend of EOs can protect one from COVID, or enhance the power of the mind to attract a desired outcome, and yet we persist in using them in these ways, we are engaging in superstition. Considering the fact that even devout Catholics can fall into the trap of misusing holy objects such as burying statues of St. Joseph in the yard to sell a house or putting a Blessed Mother statue in the window for good weather, it’s not much of a stretch to warn them against using an alternative in a superstitious way.

This is why the connection between witchcraft and EOs is significant. If nothing else, it teaches us how NOT to use these products!