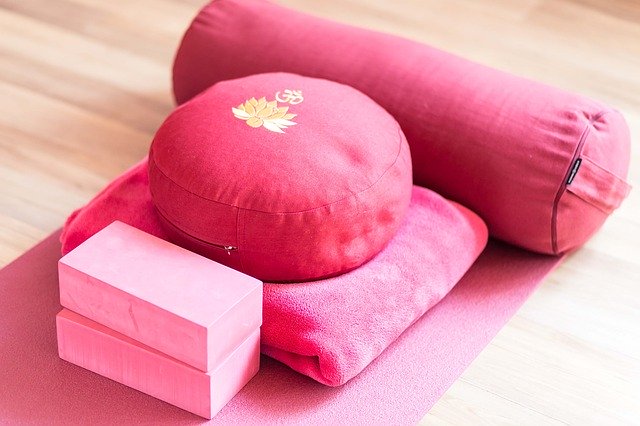 This guest blog has been written by Connie J. Fait, a former Tibetan nun, yogi, and head of a Tibetan Buddhist Temple who spent 40 years steeped in the practice and study of the yogic traditions before returning to her native Catholicism. In this blog, she carefully explains why the effects of yoga can occur whether or not we will it or think we're "just doing the exercises."

I had forty years of knowledge and experience in the Yogic Traditions before returning to the Catholic Church.  It is in true charity that I offer this.

Over the past 30-40 years we in the west have been introduced to a lot of eastern traditions, in healing arts like acupuncture, martial arts, meditation traditions and yoga asanas (postures). We have grown accustomed to their presence and many of us have participated in them without knowing much about their spiritual origins.  The following has been gathered from traditional teachers of Yogic Tradition, and is only referring to the practice of yoga asanas being done alone without any additional spiritual practices or meditation.

Yoga asanas are not exercise as westerners would like to believe. I will use common language to explain yogic teachings concerning the practice of Yoga asanas and provide a few foot notes for those who want to read more from reference materials.

The knowledge of the Yogic Tradition is deeply hidden in mystery, and only understood by accomplished yogis who have passed on those secrets orally to one another for 5000 years.  Yoga asanas are recognized as the main tool to realizing these secrets and is accomplished only through a process of experience. Anyone who is doing yoga asanas is in that same process - whether or not they are aware of it or intend it. The Yoga asanas are the basis for the theology of Hinduism. In the beginning, the first recluse yogis sat yearning for union with their believed creator Brahman.  While sitting in mystical altered states, they began experiencing the spontaneous movements called kriyas, which later became the asanas we know today. While perfecting these asanas, yogis would experience high meditative states during which they experienced gods and deities who appeared to them, moving their bodies into postures/kriyas, and so created the names of some yoga poses as gods or deities.

Iyengar Yogacharia, believes that only two forms of the 8 limbs of yoga are necessary for accomplishing the goal of all yoga: the asanas, the stretches and poses; and pranayama the controlled breathing.

The well known Yogacharia who has taught people of the west, has made clear that if performed well, asanas will bring about a spontaneous pranayama response in the body. In other words, the breathing aspect of yoga need not be taught in a class because it occurs naturally with perfection of the asanas.(1) Essentially the point made is the asanas are the main limb according to Iyengar, with pranayama as second and will occur on its own with perfection of the asanas.

Meditation is never taught as it is also a result of the perfection of the asanas and alleged prana moving in the body, which leads to experiencing the meditative states and eventually ultimate Union with Brahman, gods and deities, or demons.

It is important for those who love to do yoga asanas because they believe it's only exercise to understand what they are involved with.  In their zealous quest for perfection of these poses, it will be just a  matter of time before the pranayama aspect will spontaneously occur without ever actually being taught it. When the pranayama aspect starts to occur it is the beginning of the spiritual yogic induction for people practicing asanas.  Some of the most frequent troubling signs that can occur when experiencing pranayama are: physical blockages resulting in undiagnosable pain, sometime debilitating; intense body heat; loss of normal life activities; mental/emotional disturbances; and psychotic breaks. These are just some of the signs of kundalini activation.

What is so frightening about this is that no one, especially not the one who is doing the asanas, has any idea of what's causing their symptoms when in crisis. A very common form of yoga asanas known as Hatha Yoga is in the top six yoga forms known to facilitate kundalini.  All people will experience some of these - it's just a matter of when.

The yoga instructors in the west are not traditionally yogically trained because that requires complete renunciation to the yogic tradition - meaning they would be expected to detach from all worldly possessions. Most instructors in the West receive a 200 hour yoga instructor certification, and are not qualified or knowledgeable to teach the mystical esoteric teachings or theology of yoga. This does not mean a class is safe from these harmful effects however; it just means that the instructors will not able to recognize the signs of kundalini activation or to be able to support someone in crisis.

In the mystical occult teachings of yoga it is the stretching poses which open the subtle body to activate the kundalini. Other poses will induce levels of meditation states which open one up to unite with Hindu deities.

Iyengar Yogacharia said, the 'mere' practice of asana has the potential to induce a meditative state.(2)  This spontaneously occurs based on each unique individual and can happen at any unpredictable time from early in practice for a novice to one who is very advanced.

In conclusion, since all effects of yoga asanas are not a personally willed experience, they only occur spontaneously. Clearly, the willful act to practice any of the asanas is predictably dangerous for ones body, mind and soul.

For most people this information is not completely unknown except in innocent children being taught poses.  As Jesus commanded, we are not to have anything to do with any part of these traditions for fear of not entering the kingdom of God. It is difficult for Christians to turn completely away from Yoga asanas for many complex reasons. It will take informed knowledge, self conviction, humility, and the power of Gods grace.