Blog Posts
Our Lady of Lourdes hovers above statue of St. Bernadette at the Basilica of Our Lady of the Rosary in Lourdes. (Photo from Wiki Commons, courtesy of Dennis Jarvis, https://bit.ly/3BaOVDA)

The months of February through July of 1858 marked a time of exceptional grace for the people of Lourdes, a town in the foothills of the Pyrenees in southern France. There, in an overgrown grotto, the Queen of Heaven and Earth appeared to a simple peasant girl. 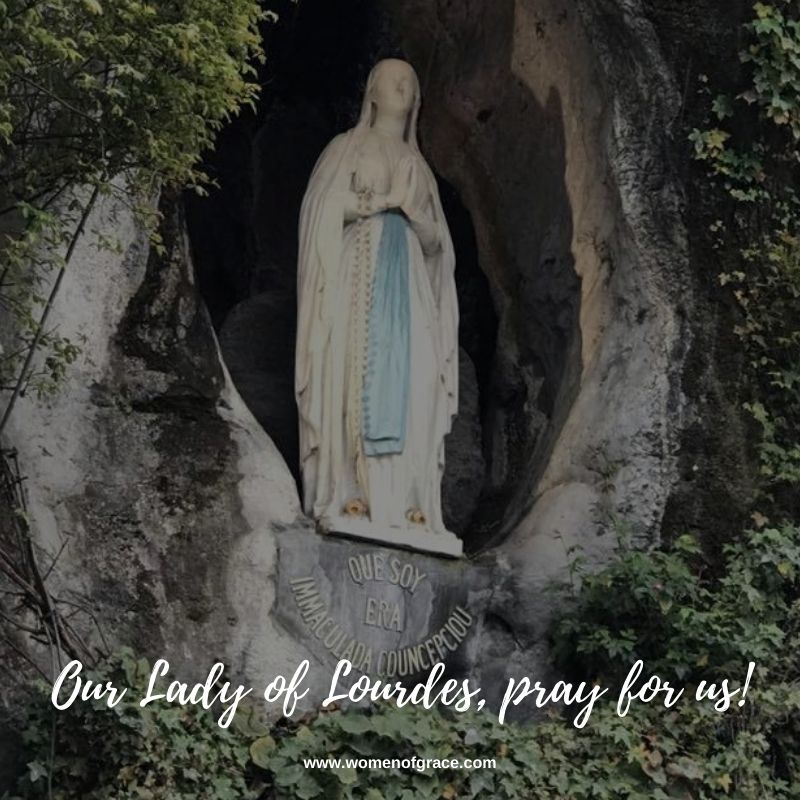 February 11 Feast of Our Lady of Lourdes

"I am the Immaculate Conception" --The Blessed Virgin to St. Bernadetter Soubirous

For Reflection: Do I understand the meaning of the dogma of the Immaculate Conception -- that Mary was conceived without the blemish of original sin? I will ask the Blessed Mother today to enhance my appreciation of this great truth. As the Church prepares to celebrate the World Day of the Sick tomorrow, the Feast of Our Lady of Lourdes, Pope Benedict XVI issued a message reminding the faithful about the importance of the "sacraments of healing" - penance and Anointing of the Sick.