By Susan Brinkmann, OCDS Staff Journalist A new study of at the University of California has found women who take hormonal contraceptives such as birth control pills are interfering with the way they recall information. 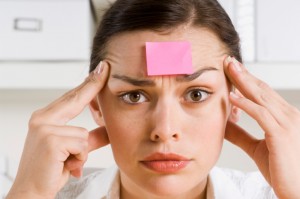 The Globe and Mail is reporting on the study, conducted by scientists at the University of California at Irvine, which found that while the pill doesn't harm a woman's memory, it has a real impact on how and what she remembers. For instance, women who use the pill are less likely to recall the actual details of an event but tend to remember its overall emotional impact. “What’s most exciting about this study is that it shows the use of hormonal contraception alters memory,” said UC Irvine graduate researcher Shawn Nielsen. “There are only a handful of studies examining the cognitive effects of the pill, and more than 100 million women use it worldwide.” She added that it was a "change in the type of information they remember, not a deficit.” According to Ms. Nielsen and neurobiologist Larry Cahill, the findings are in keeping with previous studies on how hormones such as estrogen and progesterone affect memory. These hormones, which are linked with strong "left brain" or analytical memory, are suppressed by the pill. As a result, women who take artificial contraceptives  tend to rely on the right side of the brain instead and remember emotional details which are more closely associated with intuition.  The study was conducted by examining how women using hormonal contraceptives remembered a car accident and compared them to women who had natural hormonal cycles. All were shown pictures of a mother, her son and the car accident, and told a story about what happened. Asked to describe what they remembered a week later, the women using the pill recalled the main series of events, such as how the son had been rushed to the hospital and doctors worked to save his life. The women who were not using contraceptives tended to remember more of the details, such as how a fire hydrant was near the car. “The fact that women on oral contraceptives remembered different elements of a story tells us that estrogen has an influence on how women remember emotional events,” said Pauline Maki, professor of psychiatry and psychology at the University of Illinois at Chicago, who specializes in memory and brain functioning. Nielsen believes the findings, which were published in the Neurobiology of Learning and Memory journal, could help answer why women experience post-traumatic stress syndrome more frequently than men, and how men recall events differently than women. © All Rights Reserved, Living His Life Abundantly®/Women of Grace®  http://www.womenofgrace.com