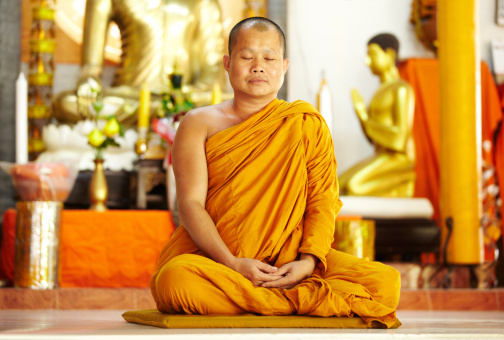 We have been studying My Soul Thirsts for God, for the Living God, a document on prayer released by Spain’s bishops in September. Last time, we discussed the theological foundations for prayer. Now we get into the heart of the document, applying these theological foundations to popular spiritual practices, especially those originating in Buddhism.

The bishops write, “In many spheres of our society, the desire to find inner peace has favored the diffusion of meditation inspired by Zen Buddhism” (no. 11). Critics could rightly point out that Zen is only one strand of Buddhism, and that mindfulness, for example, which is referenced in a footnote, is not particular to Zen. Neither do some of the other popular meditation techniques come from Zen. But this is the term the Spanish bishops chose. Perhaps such usage is common in Spain. Whatever the case, it’s important to look beyond this imprecision.

The bishops hit directly at mindfulness, as well as other forms of Eastern meditation, when they say, “The reduction of prayer to [Eastern] meditation and the absence of a you as its end, turn this practice into a monologue that begins and ends in the subject itself. The Zen technique consists in observing the movements of one’s mind to calm the person and bring them into union with their own being. Understood this way, it can hardly be compatible with Christian prayer, in which the most important thing is the divine You revealed in Christ” (ibid.).

This passage contains two important points. First, Buddhist meditation is not directed toward anyone outside oneself. Therefore, instead of the dialog that should comprise prayer, it remains a monologue. It begins and ends with oneself. The second point digs deeper. Buddhist techniques consist of passively observing one’s thoughts. Typically, the practitioner cultivates a non-judgmental awareness of his thoughts, remaining distant from them intellectually and emotionally. These techniques calm one’s mind and help one connect with oneself. Christian prayer, in contrast, seeks connection with God, especially in the person of Jesus. The Spanish bishops say that these differences make Eastern meditation and Christian prayer incompatible.

The mental stillness found in Eastern meditation brings a sense of peace, but it also can cause one to disengage from the world, instead of intervening to change things for the better. “Therefore, if a person is satisfied with a certain inner serenity achieved through this method and confuses it with the peace that only God can give, it would become an obstacle to the authentic practice of Christian prayer and the encounter with God” (no. 12). It fosters complacency with one’s spiritual state, instead of moving the practitioner to grow in virtue or a desire to know God. One thinks that passivity is enough.

Finally, Buddhist practices create a non-dualistic attitude toward reality. In other words, they blur the distinctions between oneself and the world, “between the sacred and the profane, between the divine and the created” (no. 13). They end in pantheism, seeing everything as God, rather than revealing “the personal face of the Christian God.” “When deity and world are confused, and there is no otherness, any kind of prayer is useless” (ibid.). To whom would one pray?

For further exploration of topics discussed in this post, we recommend these books:

This article is part of a multi-part series being published on Spiritual Direction.com

Click here for Part 1 and Part 2 of the series. 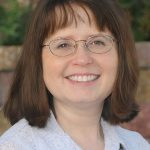 Connie Rossini is the author of several books, blogs at Contemplative Homeschool. and has written a spirituality column for the diocesan press for nearly ten years and is the founder of the Authentic Contemplative Prayer Group on Facebook.