By Susan Brinkmann, OCDS Staff Journalist The battle over a controversial new ObamaCare rule requiring all employers to cover birth control is not quite over as both sides in the debate take advantage of a 60 day comment period that could result in the exemptions either being broadened or discarded altogether. 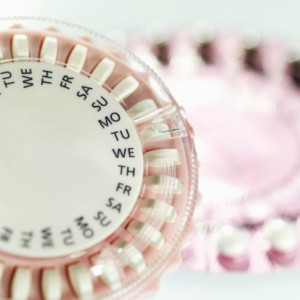 According to the Religious News Service, the next round in the battle over the mandate has just begun. Richar Sorian, a spokesman for the Department of Health and Human Services said the religious exemption that will allow certain institutions to be exempt from the rule will not be finalized until later this year, following a 60-day comment period that opened on Aug. 1. "We want to hear what the public has to say," Sorian said. "We are really trying to strike a balance between providing access to proven prevention and respecting religious beliefs." Leaders in the Catholic Church have been voicing grave opposition to the mandate and the proposed religious exemption that is so narrow as to be almost meaningless. "Health and Human Services must think Catholics and other religious groups are fools," Sister Mary Ann Walsh, a spokesperson for the U.S. Bishops, wrote in a blog last week. As many have pointed out, the exemption only applies to a nonprofit employer who has "the inculcation of religious values as its purpose," who primarily employs fellow believers, and who primarily serves people "who share its religious tenets." This means that the exemption would not cover Catholic hospitals, which provide care to one in six Americans seeking medical treatment every year -- whether they are Catholic or not -- and employ people of all beliefs. It would also cause problems for Catholic Charities who serve people of all persuasions as well as Catholic colleges and universities with students and faculty from various faiths. "Could the federal government possibly intend to pressure Catholic institutions to cease providing health care, education and charitable services to the general public?" Cardinal Daniel DiNardo, archbishop of Galveston-Houston and chairman of the USCCB Committee on Pro-Life Activities, said in a statement about the mandate. On the other hand, pro-abortion groups, who heavily lobbied the HHS to mandate birth control coverage in ObamaCare and who stand to make billions from the new rules, are disappointed that the Department provided any religious exemption at all, even a narrow one. In an announcement to its members about the new rules, NARAL Pro-Choice America writes: “This is such a tremendous leap forward. But there is one piece left undone: certain religious employers may be allowed to opt out of the requirement. It’s up to us to stand up for all women who use birth control. HHS is accepting comments on this refusal provision, and we have a brief window of time to weigh in. Send a message to HHS now to say that all women should have access to contraceptive coverage, regardless of their employer.” The group is asking its members to sign a statement to the HHS that reads: “I strongly support the new policy requiring health-insurance plans to cover birth control without a copay, CMS-9992-IFC2. Thank you for this important improvement to women’s health care. I also want you to know that I am concerned that certain religious employers may be allowed to opt out of the requirements. All women should have access to contraceptive coverage, regardless of where they work.” This battle poses a real political conundrum for the Obama Administration, forcing them to decide between the pro-abortion lobby or Americans who are extremely sensitive to any encroachment on religious liberty. Click here for information on how to post a comment with the HHS.  © All Rights Reserved, Living His Life Abundantly®/Women of Grace®  http://www.womenofgrace.com