For those of us who have been praying for the end of Harry Potter mania, at least one part of the phenomena is coming to a close - the movie based on the final book is being released today.

Hopefully, this will be the end of the annual regurgitation of Potter's sorcery-inspiring fables but it'll definitely go out with a bang. Harry Potter and the Deathly Hallows (Part 2) is based on the seventh and last book in the series, an edition that sold 11 million copies in the first 24 hours it was on sale, making it the "fastest selling book in history." 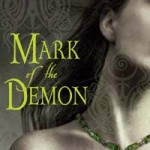 No doubt the rush to see the movie will be just as big of a stampede.

But the end of the Potter tales is no reason to let our guard down. Our youth continue to be deluged by occult fiction that has become even darker and more ominous than Potter (if you can believe it).

An example is a series by Diana Rowland, which is based on a detective named Kara Gillian who is a Summoner of Demons. Yes, you heard me right. Gillian summons demons through a portal and they do her bidding - such as in the opening chapter when someone breaks into her home and she calls up a demon named Kehlirik who supposedly obeys her commands (like that's possible). Gillian and her demon are actually "chummy" - another indication that the author doesn't have a clue about demonology and is passing along her clueless suggestions to impressionable young minds who will no doubt start trying to communicate with their own demons after reading this book!

Take a look at this excerpt to see if this is something you want your child to read. 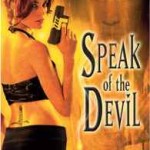 But that's not all. Jenna Black's series, published by Bantam Dell, are based on an exorcist named Morgan Kingsley who allows a sexy Demon named Lugh to inhabit her body in order "to save the human race." This demon is said to "moan softly" while Kingsley is in bed with her mortal lover, Brian, who is "reluctant to share the pleasures of Morgan's flesh with a gorgeous rogue from the Demon Realm."

I'm not making this up. Excerpts from these books, described by publisher Bantam Dell, can be read here.

I can remember covering the Potter series when it debuted in the late 90's and hearing people boo-hoo the warnings about where books like this would lead.

To all you boo-hooers out there - we told you so!