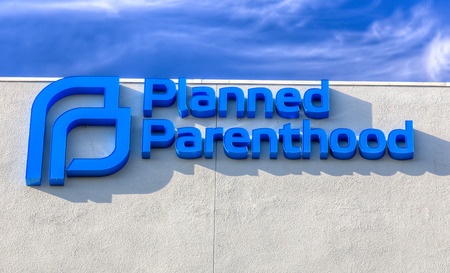 FoxNews.com is reporting on a decision by the U.S. Supreme Court to stay out of a legal battle over efforts to block Medicaid funding to Planned Parenthood. The decision, which was handed down on Monday, concerned two cases from states which decided to cut off Medicaid funding for the abortion giant after a series of videos surfaced that showed the group engaging in illegal sales of fetal tissue for medical research.

Planned Parenthood sued to overturn the bans in an effort to hang on to their Medicaid money. The suit brought mixed results with one Circuit court upholding the ban and another striking it down. This split decision is what made pro-life organizations hopeful that the Supreme Court would take up the case.

However, six of the nine justices voted against a review, with Chief Justice John Roberts and Justice Brett Kavanaugh siding with the majority. This left Justices Thomas, Alito, and Gorsuch to dissent.

In a blistering dissent, Justice Thomas asked, “What explains the court’s refusal to do its job here? I suspect it has something to do with the fact that some respondents in these cases are named ‘Planned Parenthood. That makes the Court’s decision particularly troubling, as the question presented has nothing to do with abortion.”

He goes on to say that the two cases arose after several states alleged Planned Parenthood involvement in, among other things, the illegal sale of fetal organs and fraudulent billing practices, thus removing them as a state Medicaid provider.

“But these cases are not about abortion rights. They are about private rights of action under the Medicaid Act. Resolving the question presented here would not even affect Planned Parenthood’s ability to challenge the States’ decisions; it concerns only the rights of individual Medicaid patients to bring their own suits. Some tenuous connection to a politically fraught issue does not justify abdicating our judicial duty.”

Pro-life leaders shared Thomas’ frustration with the decision, such as Catherine Glenn Foster, President and CEO of Americans United for Life (AUL).

“AUL is disappointed that the Court declined to hear argument in these cases, and we join the dissent in calling on the Court to ‘do its duty," Foster said. "But the good news is that there are other similar cases pending in lower courts, which may give the Supreme Court another opportunity to decide this important issue. In the meantime, AUL will continue to fight to protect states from being forced to use their limited public funds to subsidize abortion businesses.”