CS asks: "What can you tell us about herbs and plants that are supposed to help certain ailments, like fish oils, omega 3's and things like that?" 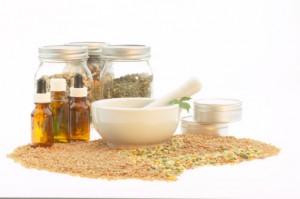 But before I begin, fish oils and omega 3's are the same thing. Omega-3 fatty acids are a group of polyunsaturated fatty acids that are important for a number of functions in the body. They are found in foods such as fatty fish and vegetable oils and are also available as dietary supplements. Studies have shown that fish oil supplements are effective in reducing several cardiovascular disease risk factors and may help with some aspects of rheumatoid arthritis.

Herbal medicine is in a different category, however, and has been embraced by science to a far greater extent than any other alternative medical practice. This is due, in part, to the fact that much of modern pharmacology evolved out of herbs. In fact, the word drug comes from the Swedish word druug, which means "dried plant." Herbs have contributed much to our pharmacological collection. For instance, 95 percent of the painkillers used by today's doctors are based on either opium or aspirin. This is also true for a wide range of modern drugs for fighting cancer such as taxol, which comes from the Pacific yew tree. A species of the periwinkle found in Madagascar has yielded dozens of chemicals used in chemotherapy.

However, it's important to understand that there are actually two kinds of herbal medicine - one that is referred to as "alternative" herbal medicine and one that can be called "scientific" herbal medicine.  In scientific herbal medicine, scientists study the active ingredient of each plant and isolate it. They then seek to synthesize it industrially in order to mass produce it at a low cost. In some cases, they manipulate the molecules of the original ingredient to make it more effective. Even more important, these herbal extracts are then tested to determine their impact on patients to find out which ones are safe to use and which are not. 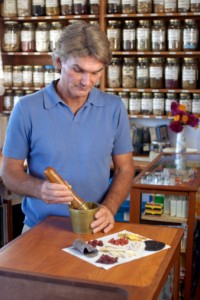 It's extremely important to understand that just because alternative herbal medicines are "natural" does not make them safe. There are many, many poisonous plants in our universe, and this is one of the primary dangers of relying on these concoctions.  Another danger is the fact that many of the herbs purchased on the alternative market are not pure and contain ingredients that can make a person sick - such as plant pollens or toxic substances such as pesticides, mercury and lead.