EM writes: "Recently a friend has become involved with the John Main Christian Meditation movement.  I find this to be part of the New Age Movement, but she won't listen. I would love to be able to recommend to her some writings or recognized persons who would specifically speak about John Main and the Christian meditation Movement.  Any articles I come across do not mention John Main specifically and  so my friend feels that this is legimitate Christian (Catholic) Meditation.  Can you help?" 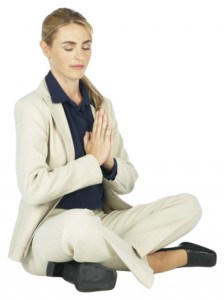 John Main, OSB teaches a mantra-based style of meditation similar to Centering Prayer that he learned from his Hindu teacher,, Swami Satyananda. Main alleges that this technique was also taught by St. John Cassian and the anonymous author of The Cloud of Unknowing. (These are the same Catholic sources claimed by the centering prayer folks and which are very much disputed by experts on the Catholic contemplative tradition.) Main describes his idea of the practice of meditation as follows: "Sit down. Sit still with your back straight. Close your eyes lightly. Then interiorly, silently begin to recite a single word – a prayer word or mantra. We recommend the ancient Christian prayer-word "Maranatha". Say it as four equal syllables. Breathe normally and give your full attention to the word as you say it, silently, gently, faithfully and above all - simply. The essence of meditation is simplicity. Stay with the same word during the whole meditation and from day to day. Don't visualise but listen to the word as you say it. Let go of all thoughts (even good thoughts), images and other words. Don’t fight your distractions but let them go by saying your word faithfully, gently and attentively and returning to it immediately that you realise you have stopped saying or it or when your attention is wandering." http://www.wccm.org/content/what-meditation Much of what has been said about Centering Prayer can be said about John Main's technique. A worldwide movement designed to spread John Main's idea of prayer was begun in 1991.  Called the World Community for Christian Meditation (WCCM), it calls itself a "global spiritual community." According to Catholic Culture, a Catholic resource center that is faithful to the Magisterium, the community is directed by Laurence Freeman, OSB, a student of John Main and a Benedictine monk of the Olivetan Congregation.  The WCCM exists in over a hundred countries with its spiritual foundation based on local meditation groups which meet weekly in homes, parishes, offices, hospitals, prisons, schools and colleges. "The World Community is ecumenical and serves a universal 'catholic' unity in its dialogue both with Christian churches and other faiths," Catholic Culture writes. It is very important to note that the World Community is associated with dissenting speakers such as Richard Rohr and Joan Chittister , promotes religious syncretism, and issues a newsletter that contains questionable material. For instance, this statement attempting to redefine original sin by Freeman appeared in the September 2005 newsletter: "Mythically, we explain it by some kind of “Fall”, a primal disobedience or transgression whose consequences get passed down the line forever. But in the light of modern knowledge about history and psychology we read these myths differently, less literally. Perhaps it is not so much a fall as a faltering ascent which explains our predicament and the disorderly pattern of human development. Maybe we are slowly climbing a ladder of consciousness." In the same issue, Freeman treats Jesus as just another teacher. "How have humanity’s great teachers – Jesus, the Buddha, Lao Tsu, the author of the Gita, the Hebrew prophets – as well as the greatest artists and scientists, understood the whole picture so clearly and been so far ‘ahead of their time’?" You can reach much more about the problems with John Main's style of contemplative prayer here.