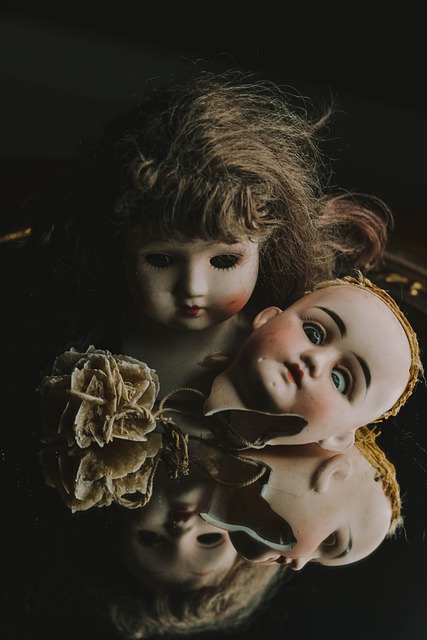 SO writes: “I saw this doll advertised on a local channel. The webpage for it is scary. The ‘Warning’" are unsettling. Are they just scary fun? Or should we avoid bringing this into the house?”

This doll is NOT just scary fun and it should NOT be brought into the house!

The doll being described by SO is known as “Lily,” and it’s being sold by a national ghost tour company as a “powerful magic charm” to protect the home from evil spirits. Not only does this product encourage the superstitious use of a talisman, it’s also giving families a false sense of security by suggesting that demons are put off by creepy little dolls hung from doorposts.

U.S. Ghost Adventures, which operates ghost tours in 23 U.S. cities, makes it quite clear that Lily is more than just a doll.

“She’s a supernatural effigy and powerful magic charm crafted to keep away the forces of darkness and stop malicious entities coming into your home. Lily and her kind have been used for centuries as a way to stop ill omens and counteract the wicked intentions of others. She is an effective totem and amulet to combat evil and as such should be treated with a bit of respect. Let Lily inspire you, protect you and even scare you during the time of ghosts, monsters and other things that go bump in the night.”

The doll is meant to be placed on a porch, hung on a door, or put on a shelf.

The site treats the doll as if it's alive, suggesting that it likes music and to feel included in family events.

The site goes on to inform potential buyers that the doll was named after the 17th Century Hungarian Countess, Elizabeth Bathory de Eased, one of the most prolific female serial killers of all time. Also known as the “Blood Countess,” she is said to have murdered 650 people, mostly women and young girls, before she was arrested.  Because she was a Countess, Elizabeth could not be put on trial, but she was held in solitary confinement in an old castle in a room with no windows until she died at the age of 54 in 1614.

Who names a doll after a woman who enjoyed killing young girls whose blood she drank in order to preserve her youthfulness? 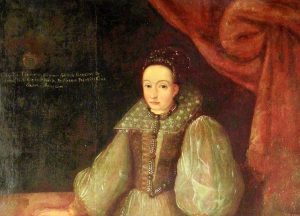 The infamous Blood Countess Elizabeth Bathory after whom the Lily doll is named.

“Witnesses told of her stabbing victims or biting their breasts, hands, faces and arms, cutting them with scissors, sticking needles into their lips or burning them with red-hot irons, coins or keys. Some were beaten to death and some were starved,” reports History Today.

Even though the sellers of this doll reveal some of the Countess’ dark heritage, they treat this history as nothing more than just a few more playful facts about Lily.

“Like the Countess she was named after, Elizabeth Bàthory de Eased, Lily loves the spotlight. She likes to be at the center of things. Take photos with your Lily, post them to your social networks.”

They trace the history of “magic charm” dolls like Lily to pagan civilizations such as the Vikings and the ancient Romans who used them for protection.

Supposedly, she turned up in modern times when someone brought a Lily doll to a paranormal research group, claiming it was found on the doorstep one morning. “I found her outside my door one morning, with a note that said to not put her by mirrors or in the same room I sleep in,” the owner wrote on a note accompanying the doll. “I gave her a flashlight so she could drain the batteries, but instead she made my lights flicker at night. My cat would not go near her, and my dog would just stare. At times I would be woken up from a dead sleep smelling burnt toast, or sometimes a sweet fruity smell. Her favorite color is red. That is all I know.”

In keeping with the creepy “schtick” of the website, if you want to purchase this doll, you must click on a tab marked, “Summon Lily” in order to buy the item for $24.99.

“Remember, Lily is a powerful being, she’s haunted and mischievous, and there are rules that everyone needs to respect and take to heart,” the site says. “During the season of the witch, in the scariest and most spooky, fun-filled month of the year, invite Lily into your home - your Ghoul On A Porch will keep trouble away, and only cause a little bit herself.”

It would be easy to laugh this off as just another goofy Halloween ploy to make money, but this doll goes beyond the norm.

First, it suggests the superstitious use of the doll to allegedly ward off evil spirits in direct violation of the Catechism which calls the use of amulets "reprehensible" '(CCC No. 2117).

Second, giving these dolls to children is inviting them to become engaged in superstition and occult practices. Because most children are Internet savvy, they can easily access this site and learn ways to use this “powerful being” and “discover all the creepy things Lily can do.” Do we really want innocent and unsuspecting children to go there?

Third, it can lead the poorly catechized into believing that this talisman can protect them from evil and that they can continue to participate in sinful activities without fear of reprisal. Evil spirits are hardly put off by dolls and if we continue to engage in sinful activities, demons will succeed in establishing ever more powerful strongholds in our lives which will be used one day to torment and even destroy us.

Needless to say, do not bring a Lily doll into your home!