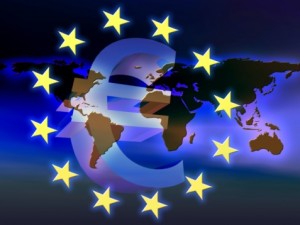 Americans United for Life (AUL) is reporting that the European Court of Human Rights (ECHR) released is judgment in ABC v. Ireland, a case in which three Irish women claimed a right to abortion under the European Convention on Human Rights, saying this right should trump Ireland's pro-life constitutional provisions.  "First, the good news," writes AUL Senior Vice President for Legal Affairs, William Saunders. "The ECHR held there was no right to abortion under the convention, which is binding on 47 nations. Thus, each nation may decide for itself what to do about abortion. While this is good news, it shouldn’t be surprising — the convention never mentions the word 'abortion'.” The bad news is that the ECHR mischaracterized the Irish constitution when it claimed it contained a right to abortion - which is does not. However, acting on that mischaracterization, it ruled that one of the plaintiffs who sought an abortion for health reasons, was denied reasonable access to this "right" when she was forced to travel to the UK to get an abortion. "In essence, in its ABC decision, the ECHR is telling Ireland to enact laws (or policy guidance) that implement 'the right to abortion when the mother’s life is at risk',” Saunders explains. "When one considers that there was no imminent or proven (since the plaintiff never went to court in Ireland) risk of death in this case (only a fear by one of the plaintiffs that her pregnancy could trigger a recurrence of a cancer that might prove fatal), any directive from the Irish government to doctors to begin 'prescribing abortion' in such cases, i.e., when someone fears merely the possibility of a fatal illness (there is no reason to think this is restricted to cancer cases alone), will likely result in a wholesale liberalization of 'abortion rights' in Ireland." Not surprisingly, the court's ruling in this case prompted a spate of misleading headlines around the world, including here in the U.S. where CNN trumpeted "Court condemns Irish ban on abortion." The EUHC did nothing of the kind. In fact, it left the Irish ban on abortion intact and merely ruled that a better procedure needs to be put in place to enforce the existing laws. Pro-life groups such as the Family Research Council (FRC) are applauding the decision because it stymies the international abortion movement's claims that abortion is a universally-recognized right. "Europe's highest court has sent a very welcome message not only to its constituent countries but to the world at large that the so-called 'right to an abortion' is neither fundamental nor recognized worldwide, as abortion advocates would suggest," says the FRC's Director of the Center for Human Dignity, Jeanne Monahan. "We are thankful that the European Court on Human Rights stood by the right of a nation to define its own laws, and also that the court stood by the life of the unborn. The result of Europe's 'Roe v. Wade' decision reaffirmed that it is up to nations to define their own laws, and that a woman's right to choose what to do with her body does not extend to a right to terminate a life she is carrying."  © All Rights Reserved, Living His Life Abundantly®/Women of Grace®  http://www.womenofgrace.com