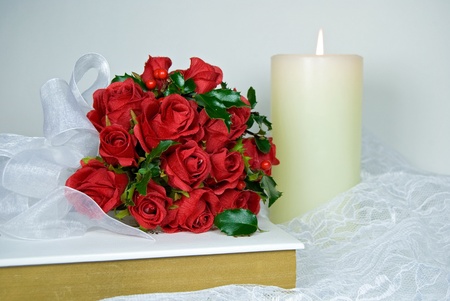 Alliance Defending Freedom (ADF) is reporting on new developments in the case of Barronelle Stutzman, the owner of Arlene’s Flowers in Richland, Washington, who refused to create floral arrangements for the same-sex wedding of her friend, Rob Ingersoll, because it conflicted with her Christian beliefs. Although Ingersoll did not seem to be offended at the time, his partner posted something on social media about her refusal and it went viral. Not long afterward she found herself being sued by the ACLU and eventually the Washington State Attorney General’s office for discrimination.

Since that time, she has accrued more than $1 million in legal fees and has been subjected to extreme hostility by state officials.

This latter point is why Stutzman’s case was given a second chance in court.

In June, the U.S. Supreme Court ruled in favor of Colorado baker, Jack Phillips, owner of Masterpiece Cakeshop, who refused to bake a cake for a same-sex wedding. The Court ruled that the Colorado Civil Rights Commission had shown an impermissible hostility toward religion in their handling of the case.

Stutzman experienced similar hostility from the state’s attorney general which was why her appeal to the U.S. Supreme Court was accepted and an earlier ruling against her was vacated. The case was sent back to the Washington Supreme Court which was instructed to reconsider the case in light of the Masterpiece Cakeshop ruling.

“While the attorney general failed to prosecute a business that obscenely berated and discriminated against Christian customers, he has steadfastly—and on his own initiative—pursued unprecedented measures to punish Barronelle not just in her capacity as a business owner but also in her personal capacity,” explains Kristen Waggoner, ADF senior vice president.

“In its Masterpiece Cakeshop ruling, the Supreme Court condemned that sort of one-sided, discriminatory application of the law against people of faith.

In addition, the attorney general “repeatedly and overtly demeaned her faith. He has compared her religious beliefs about marriage—which the Supreme Court said are ‘decent and honorable’—to racial discrimination,” Waggoner continued.

“This conflicts with the Supreme Court’s recognition in Masterpiece Cakeshop that it was ‘inappropriate’ for the government to draw parallels between those religious beliefs and ‘defenses of slavery’.”

As the ADF points out, Barronelle serves everyone, regardless of their sexual orientation or religious beliefs; however, she cannot use her creative talents to celebrate events that run contrary to her Christian beliefs. If the court rules against her, she risks losing everyone she owns, even her personal property, for no other reason than because she believes in the biblical definition of marriage.

“Barronelle has waited a long time for justice—and the case against her still threatens to take away all she owns,” the ADF reports.

“Now, the Supreme Court of Washington has an opportunity to make things right by affirming Barronelle’s freedom to live and work consistently with her religious beliefs about marriage.”