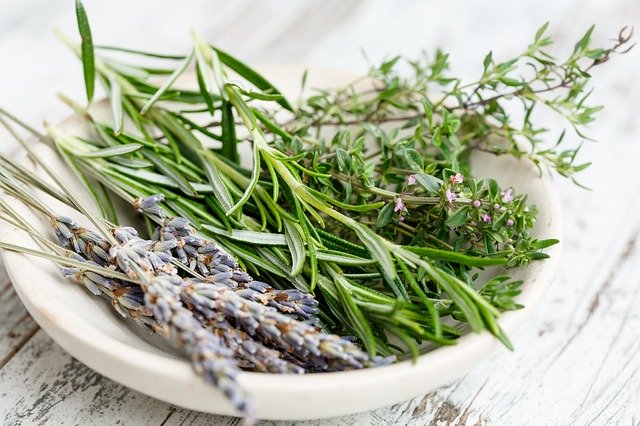 KJ writes: “Dear friends of our family who are devout Catholics have become so disgusted with Big Pharma that they are turning to herbal medicine almost exclusively. In addition to how these natural remedies might be impacting them physically, what about their spiritual health? Isn’t this just a bunch of superstition?”

Not necessarily. You may be conflating herbalism with herbal medicine, which are two very different approaches to the use of herbs for medicinal purposes.

Herbal medicine is the use of herbs for their chemical properties; herbalism is a more vitalistic view and attributes spiritual qualities to these herbs.

As explained by Candy Gunther-Brown, Ph.D. in her book, Healing Gods, herbalists often regard plants with healing properties as deities or believe that they possess a personality. “Herbalists may seek a spiritual relationship with plants from which they harvest herbs by asking the plant’s permission, extracting spiritual energy from the sun or moon by gathering herbs at a particular time of day or moth, or invoking help from spirits of the deceased,” Dr. Brown writes.

Obviously, Catholics should not become involved in herbalism. On the other hand, herbal medicine is not off-limits as long as it is used according to the guidelines of the Church which can be found here.

Modern herbal medicine came into its own during the 18th century when scientists began to investigate the healing properties of plants. As detailed by Edzard Ernst, MD, in his book, Trick or Treatment, this investigation was kicked off in 1775 by a British physician named William Withering who wanted to examine the medical benefits of the foxglove plant, also called digitalis, which he believed could control the swelling associated with congestive heart failure. Over the course of nine years, he used varying doses and preparations, such as fresh leaves as opposed to dried leaves, and documented its effect on his patients. His research eventually led to the discovery that its success had everything to do in its preparation and dosage, thus propelling the study of herbal medicine “from its haphazard ancient roots to a more systematic and scientific attitude,” Dr. Ernst reports.

From there, scientists began to study cinchona tree bark which was used by the Peruvian Indians to treat malaria and were able to successfully isolate the one component of the bark that was medically active. This component became known as quinine. 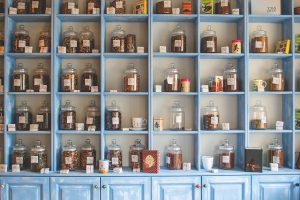 Willow bark is another success story. It had been used for thousands of years to reduce pain and fevers. Once again, chemists were able to isolate the active ingredient, salicin. However, salicin also happens to be dangerous. “In this case…chemists took nature’s drug and attempted to modify and improve it, driven by the knowledge that salicin was toxic,” Dr. Ernst writes. For example, in its natural form, it  causes harmful gastric problems. Chemists were eventually able to remove this side-effect by transforming salicin into another closely related molecule known as acetylsalicylic acid. “The Bayer Company in Germany started marketing this new wonder drug under the name of aspirin in 1899…”

Compared to alternatives such as homeopathy, acupuncture, energy medicine and other alternative healthcare treatments, herbal medicine has been embraced by science to a much greater extent, and for good reason. Most of our drugs come from herbs, which could explain why the word drug comes from the Swedish word druug, meaning “dried plant.”

The vast majority of our painkillers come from either opium or aspirin; the anti-cancer agent taxol comes from the Pacific yew tree; vincristine and vinblastine which are used in chemotherapy come from a species of the periwinkle found in Madagascar.

As opposed to herbalism, with its untested preparations and dosages, there are numerous studies that shed light on the effectiveness of a variety of herbal medicines. 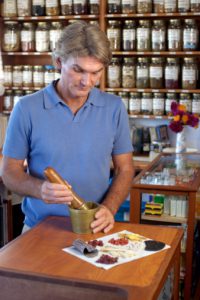 It’s extremely important to understand that just because herbalistic mixtures are “natural” does not make them safe. There are many poisonous plants in our universe, and this is one of the primary dangers of relying on these concoctions. Improper preparation and dosing can be dangerous, even fatal. Complicating this is the fact that natural herbal mixtures are plagued by contamination, something that does not happen in herbs that have been scientifically screened. For example, heavy metal contamination is a serious problem in Ayurvedic herbal medicines.

Contamination by pharmaceuticals which are deliberately introduced into natural mixtures in order to make the herb appear more effective is another common problem. Dr. Ernst cites the example of a herbal sedative known as Sleeping Buddha which was found to contain a conventional sedative drug known as estazolam. In addition, five Chinese herbal diabetes products that were tested in 2000 were found to contain diabetes drugs known as glyburide and pheformin. Corticosteroids are also commonly found in herbal eczema creams, and Viagra was found in herbal aphrodisiacs.

Experts such as Dr. Ernst agree that in order to protect yourself from physical harm, don’t get your herbal medicines from the internet where they are likely to be contaminated and come with incorrect dosage recommendations. Always get your herbal medicines from a mainstream pharmacy where you are more likely to find high-quality, uncontaminated products, along with responsible advice about the proper use.

Try to take your herbal medication in pill form rather than powdered leaf, tea, or other concoction in order to be confident that you are taking the correct dose.

Avoid individualized herbal mixtures from traditional herbal practitioners which could be contaminated or adulterated. Also be aware that the more herbs you take, the more likely you will experience side effects.

Never abandon conventional medical treatment for an herbal remedy unless you have discussed this with your doctor.

The NIH (National Institutes for Health) provides a large searchable database of information on herbs and popular supplements, which can be found here.  A searchable phone app is available here.

This library of herbal supplements includes information about side effects and drug interactions.