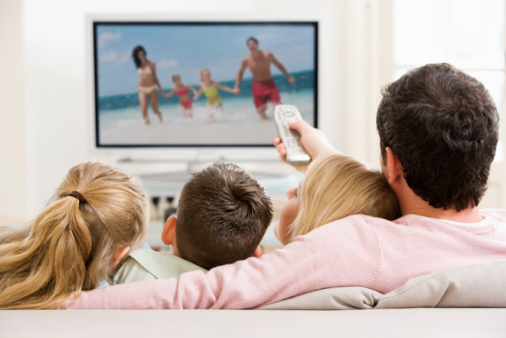 AL writes: “A friend of mine watches a tv series on Hallmark channel called “Good Witch,” and she doesn’t understand why I’ve chosen not to watch it. She thinks it’s just because it has the word “witch” in the title, but I’ve tried to explain to her that it’s more than that, that the show seems to have a connection to the New Age cult and that, even if the magic in the show really is harmless, I would rather watch something else just to be safe. I’ve also researched the show a lot and what alarms me is that there a lot of witch blogs where the witches…that they love the show because it portrays witches as good, ordinary people. So, my question for you is, do you believe that we, as Catholics, should not watch ‘Good Witch?’ And if so, what are your reasons for it?”

According to Christian reviewers, there really isn’t much witchcraft in this show. The “powers” that the mother and daughter display are never really defined as preternatural (demonic) and seem to be more like intuition than witchery.

For those who never heard of the series, it’s based on the story of a woman named Cassie Nightingale (Catherine Bell) and her teenaged daughter Grace (Bailee Madison) who live in a town the town of Middleton. The two share a kind of “special intuition” that these Christian reviewers described as a “knack” for doing or saying the right thing at the right time.

“…Cassandra simply seems to have a certain intuition about her. A knack for saying just the right thing at just the right time. A talent for bringing hurting people together, or solving the low-stakes problems that crop up in the quaint hamlet of Middleton. Sure, she certainly believes in aromatherapy and the healing benefits of ginger. But if Macbeth came to get some advice from this witch, well, she’d likely tell him to spend a weekend at her bed and breakfast (The Grey House), have a nice cuppa tea, spend more quality time with his wife and forget all about killing the King of Scotland,” writes Paul Asay and Emily Clark for Plugged In.

Those who want to believe these powers are associated with witchcraft will laud the series as promoting witchcraft but the deliberate ambiguity about these powers means people can use their imaginations as to where the powers come from.

In my opinion, the show should change its title since these women don’t use their powers for much more than manipulating social situations. My guess is that the network is probably using “witch” in the title to cash in on the witchcraft craze that has gripped a key 18-24-year-old viewing demographic.

The reviewers agree that “…[A]ll that gentle-goodness and saccharine-sweetness and oh-so-niceness won’t alleviate the concern that the title itself will spark. For lo these many years that Hallmark’s been pushing out its Good Witch stories, Cassandra’s “powers” have never been explicitly labeled as supernatural, much less diabolical. Do she and Grace have actual magical powers? Or do they simply have a particularly powerful, edifying set of social skills and a rabid sense of what my mom used to call ‘women’s intuition’? Good Witch, despite its name, will never tell.”