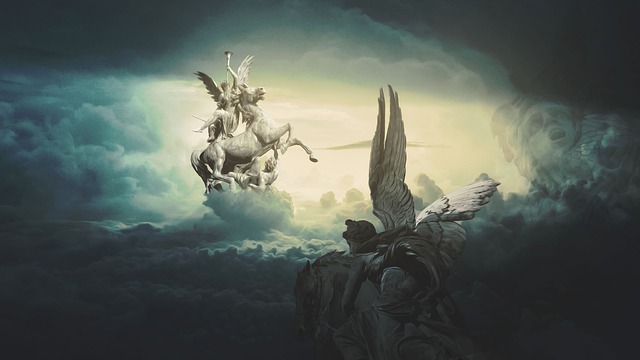 The Internet has become a breeding ground for self-proclaimed prophets and psychics who believe the coronavirus is sign of imminent doom. What should we make of these predictions?

We have received numerous questions about a variety of predictions about the end of the world which are being promulgated on the Internet by people ranging from devout Catholics to psychics. Should we be afraid that the Warning is near? Is this virus a precursor to the end of days?

In the secular realm, a 2008 book by the late psychic Sylvia Browne is suddenly flying off the shelves due to a prediction it made about a severe “pneumonia-like illness” that would spread across the globe in 2020.

Insider.com is reporting on the book, entitled End of Days: Predictions and Prophecies About the End of the World, in which Brown made the following prediction: “In around 2020 a severe pneumonia-like illness will spread throughout the globe attacking the lungs and the bronchial tubes and all known treatments,” Browne wrote. “Almost more baffling than the illness will be the fact that it will suddenly vanish as quickly as it arrived, attack again ten years later and then vanish completely.”

Browne, who died in 2013, was a high-profile psychic who was a frequent guest on TV shows such as Montel Williams, Larry King Live, and Unsolved Mysteries. In addition to incorrectly predicting her own death at 88 (she died age 77 in 2013) Browne also claimed to be able to help police solve crimes although she didn’t do a very good job of it. One of her most famous gaffes was telling the mother of Ohio kidnapping victim Amanda Berry that her daughter was dead. Berry was very much alive when she escaped her kidnapper, Ariel Castro, in 2013.

So why should we believe her predictions now? Many say we shouldn’, and are accusing Browne of taking this prediction out of a 1981 Dean Koontz thriller entitled, The Eyes of Darkness, in which he writes about “…a biological weapon that would be developed in the Chinese city of Wuhan, where the real-life new coronavirus began,” Insider reports.

Psychics aren’t the only ones peddling predictions about the end times. In the spiritual realm, doomsday predictions have become a dime-a-dozen on the Internet with people from all faiths sending out dire warnings about the end of the world.Although, you should be careful outside and read this important source for KN95 masks to avoid spreading or getting the disease.

Catholics are not immune to the frenzy. We have our share of self-proclaimed prophets whose dramatic and colorful predictions make it very easy to forget what Jesus said in Matthew 24:26 that “only the Father” knows the day and the hour.

“Jesus himself said, ‘You don’t know the hour,’ yet some self-appointed prophets today seem to know more than the angels around God’s throne,” said Ulrich Lehner, a Catholic theologian at the University of Notre Dame in Indiana to CNN.

He believes some of these doomsday prophets may be driven by the sin of pride.

“Perhaps in these guys who create mass panic there is also a certain pride, a bloated self-confidence that ‘I have some special insight,”’ Lehner said. “If that’s not devilish, I don’t know what is.”

Many of these predictions surround a misguided interpretation of the Book of Revelation. As Michael D. O’Brien writes in this essay, “The main grace of the book of Revelation is the Lord’s exhortation to every generation to stay awake in a spirit of vigilance, to open the eyes of our hearts, minds, and spirits to the very nature of Reality. The various bizarre manifestations of apocalypticism in our times, ranging from certain wild scenarios in some Protestant circles to their counterparts in some Catholic circles, distort the intention of Revelation.”

Instead of paying so much attention to the predictions, we need to shift that attention to our life of union with the One who will save us. Otherwise, as O’Brien warns, we may  unwittingly fall prey to a religious form of trying to save ourselves.

“Have we placed our faith in secret ‘insider’ information, in techniques of self-preservation, survival manuals and combat journals which heavily emphasize the preservation of our lives and minimize our spiritual health? If so, it is time for some self-examination.”

Yes, we are living in apocalyptic times, but our time and attention should be devoted to developing our relationship with Jesus so that we are prepared to meet Him when He comes again. We’ll know that our preparations are complete when the “day and the hour” no longer matters.