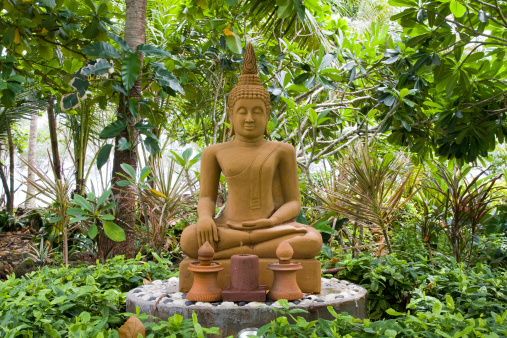 PG writes:  “I resigned from my job last year as a mental health LMSW, working in an out patient clinic.  We were being trained in Dialectical Behavioral Therapy, which in fact, is based on Eastern Mysticism/Buddhism. We were told that we had to take the training and had to use this new mind control therapy on our clients. I knew it was wrong and I could no longer work for this agency. Have you heard of Dialectical Behavioral Therapy? It appears to be growing -unfortunately.”

From what I have read, Dialectical Behavioral Therapy (DBT) is an empirically-supported treatment, meaning that it has been researched in clinical trials and has proven to be effective in treating borderline personality disorders (BPD). However, the inclusion of Buddhist techniques into this practice should give Christians a reason to stay away from it.

DBT was developed by Marsha Linehan, Ph.D. a psychology researcher at the University of Washington for use with people who engaged in self-injury, made suicide attempts, and/or struggled with out of control emotions.

There are three main modes of treatment to DBT – individual therapy, skills group, and phone coaching. In individual therapy, clients receive once weekly individual sessions that are typically an hour to an hour-and-a half in length. They must also attend a two-hour weekly skills group for at least one year, which is where the problems enter in. One of the skills taught in these groups is mindfulness awareness, which is derived from Buddhist meditative practices.

In DBT, it also plays a critical role and is used to help patients pay attention to the present moment and to experience their emotions and senses with the proper perspective. It’s considered to be a foundation for the other skills taught in DBT because it helps a person to learn how to accept and tolerate powerful emotions.

Even though the method taught in DBT supposedly does not involve any religious or metaphysical concepts, I visited countless sites where practitioners of DBT were not only including a Buddhist component but were trumpeting it. Consider this headline from the site of one practitioner:  “What is Dialectical Behavior Therapy and what does it have to do with Buddhist Monks?  Or this one from another site – The Buddha and the Borderline.

I also came across a DBT self-help site which was put together by patients who had received DBT and found it to be loaded with New Age links. (http://www.dbtselfhelp.com/ ) For instance, one of the links from this site is to meditation tapes by Dr. Susan Gregg, who advocates the “Toltec Tradition” (a secret society from Mesoamerica that allegedly preserved all the knowledge of the “ancient ones”) as a way of “connecting to your divinity.”

Even though DBT appears to be based in real science, by incorporating Eastern mysticism, they are exposing clients to potential religious conflicts which could be harmful. This is especially true in regard to the application of mindfulness meditation in therapy because of the lack of sound scientific studies regarding its efficacy.

Some Christian therapists, such as the one described in this article, have actually quit rather than participate in DBT.

DBT is just another example of ways in which the field of psychology is being invaded by New Age and Eastern religious philosophies. Christian patients should refuse to participate in this therapy unless it has been thoroughly stripped of its mindfulness component and any other association with Buddhist meditation.

NOTE: THIS BLOG HAS BEEN UPDATED.