One of the greatest threats to Christians in the burgeoning field of alternative health care is when these therapies require a person to adopt a belief system that is not compatible with the faith. 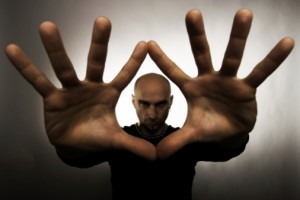 The best example I can give is the very popular past-life regression therapy. This treatment is based on the concept that we have lived many lives before – which is essentially a belief in reincarnation. In order to participate in this therapy, one would (obviously) have to forfeit the Christian notion of life after death, and the Catholic teaching that a person dies only once (Catechism No. 1013).

Margaret Singer, clinical psychotherapist and emeritus adjunct professor at the University of California, Berkley, criticizes practitioners who use hypnosis and suggestion to induce a supposed past-life experience in their client, calling it a “pseudo psychological approach to karma, a spiritual belief.”

“Past life therapists seem to disregard or summarily dismiss the fact that the notion of reincarnation is a religious belief, not an accepted scientific tenet of psychology or psychiatry,” Singer writes in Crazy Therapies.

“Looked at in the cold light of day, past-life therapy is a form of spiritual or religious conversion intertwined with mental health counseling – although that’s rarely how it’s described by the practitioners. . . . As with other odd therapies, past-life therapy involves leading a client to accept a belief system and the language that goes with the belief system. This practice shows no respect for either the scientific validation of mental health approaches or human individuality and freedom of choice.”

Singer is critical of past-life therapists who are “using their power position to indoctrinate.” Patients come in needing help and may not be aware that the procedure isn’t mainstream or that acceptance of it will mean adopting a new cosmology, including a new religious belief.

Imagine what would happen if a therapist told a client they could not have treatment unless they adopted his or her political party or joined their church!

John Kihlstrom, professor in the Department of Psychology at Yale University wrote: “In the final analysis, people who do religious healing should do religious healing, and not call it psychotherapy. After all, genuine faith healers don’t call what they do medicine.”

Other therapies that may [overtly or covertly] require the adoption of a belief system that is not compatible with Christianity include:

Entities therapy, which is the belief that souls who do not fully “pass over” after death can take up residence in people and need to be expelled through therapy.

Soul retrieval, a shamanic practice that seeks to reintegrate parts of the soul that became disconnected, lost or trapped after the suffering of some kind of trauma.

Alchemical hypnotherapy, which is a therapeutic process designed to assist a person in working with their “Inner Guides” (internal resources of love, wisdom, health and strength referred to as archetypes) to effect healing.

Any form of psychic or intuitive healing that that relies on the use of paranormal or occult powers to effect healing.