By Susan Brinkmann, OCDS Staff Journalist A 14 year-old boy was suspended for two days for telling a classmate that he believed homosexuality was wrong. 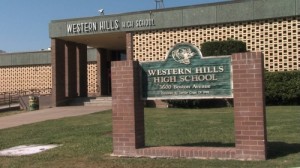 Fox News is reporting that Dakota Ary was in his German class at Western Hills High School in Fort Worth, Texas when the teacher made a remark in favor of homosexuality.  Dakota says he turned to a friend to say that he was a Christian and “being a homosexual is wrong.” “It wasn’t directed to anyone except my friend who was sitting behind me,” Dakota told Fox. “I guess [the teacher] heard me. He started yelling. He told me he was going to write me an infraction and send me to the office.” Dakota was later sentenced to one day in-school suspension – and two days of full suspension. His mother, Holly Pope, said she was "absolutely stunned" when the school called to inform her of the infraction. Her son has a spotless record, was an honor student, volunteered at his church and played on the school football team. “Dakota is a very well-grounded 14-year-old,” she told Fox News Radio noting that her son is an honors student, plays on the football team and is active in his church youth group. “He’s been in church his whole life and he’s been taught to stand up for what he believes.” Which is precisely what got him into so much trouble. Pope immediately contacted an attorney with the Liberty Counsel who joined her in a meeting with the principal. “I told the school that he should never have been suspended for exercising his Constitutional rights,” Krause told Fox News Radio. “The principal is sincere in trying to do the right thing and hopefully they will tell the teacher, ‘Do not do that anymore.’ He won’t be pushing his agenda.” Krause said the teacher had frequently brought homosexuality into ninth grade classroom discussions. “There has been a history with this teacher in the class regarding homosexual topics,” Krause said. “The teacher had posted a picture of two men kissing on a wall that offended some of the students.” Apparently the teacher had told students that homosexuality is happening all over the world and that they needed to accept the fact that it is part of our culture now, Krause said. The school was unable to explain why a teacher would be talking about homosexuality in a German class. After the meeting the principal revoked the suspension. “They’ve righted all the wrongs,” Krause said. “This should have no lasting effect on his academic or personal record going forward.” However, Liberty Counsel will continue to monitor the situation to be sure Dakota does not suffer any further harassment over the episode. © All Rights Reserved, Living His Life Abundantly®/Women of Grace®  http://www.womenofgrace.com